Maruti 800 production stopped, spares to be available for next 10 years

The last Maruti 800 rolled off the production line from the company's Gurgaon plant. The last 800 was a 'Firebrick Red' car which completed inspections on January 18, 2014, and was dispatched to a dealer in Shillong. This was the car which put India on wheels and was one of the highest selling models in the country. It was the first hatchback to be launched in India with an affordable price tag and had waiting periods stretching up to an insane three years. To many Indians this has been their first car and to many, their first go at driving. 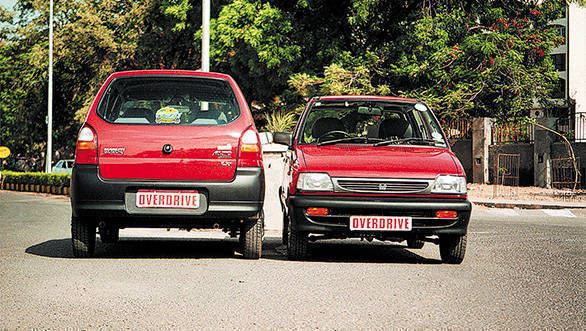 The Maruti 800 with its successor, the Alto

The first Maruti was delivered in 1983 and now 31 years and 2.5 million units later, a big chapter in Indian automotive history has come to an end. When the BSIV emission regulations came in 2010 the 800 simply could not comply to standards. It was discontinued in 13 cities including the metros because of the aforementioned emission norms clearance. The icon was on sale till BSIV emission regulations was not fully implemented in the country. Even in its final year of production, the 800 managed to sell 20,754 units which is much more than the next proclaimed people's car the- Tata Nano.

The people have adopted the successor to the 800, the Alto with open arms making it a bestseller and in the process showing their emotional attachment to this icon and the brand behind it. Keeping in mind the sheer volume of 800s still on the road today and as is the norm, Maruti has said that spare parts for the car will available for the next eight to ten years.