Maruti's upcoming hatchback, which is believed to be called Celerio in India, has been spotted for the first time during what seems to be a photo shoot. 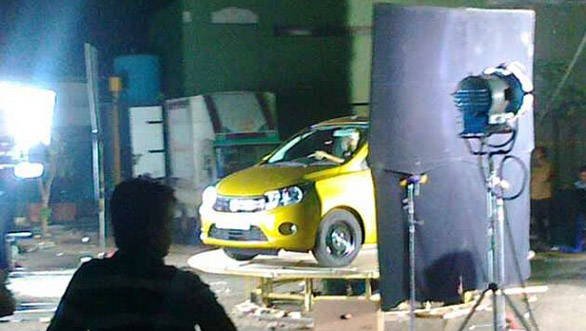 The Celerio is codenamed YL7

Codenamed YL7, the undisguised hatchback was spotted by our friends at Motoroids. This new hatchback will replace the A-Star and Estilo, both of which are already out of production. The Celerio, which is based on the Suzuki A-Wind concept, will make its world premiere at the upcoming Auto Expo 2014. 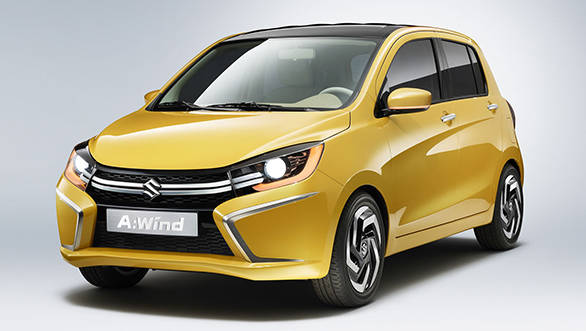 The Suzuki A-Wind concept on which 'the Celerio' is based

Suzuki had first showcased the A-Wind concept at the Thailand Motor Show a few months ago. From the pictures, it is clear that Maruti have mellowed down the styling of this car from the concept but not as much as many manufacturers usually do during the concept to production transition.

Nevertheless, the headlights are toned down and so is the grille.  It is not clear yet if Maruti will offer projector head lamps as seen on the concept. Fog lamps can also be seen in this particular car. It is more likely that the car's interiors were being photographed as no wheel caps or alloys can be seen on this car. The rear end looks more inspired by the Alto 800, which will continue to be Maruti's entry level offering. 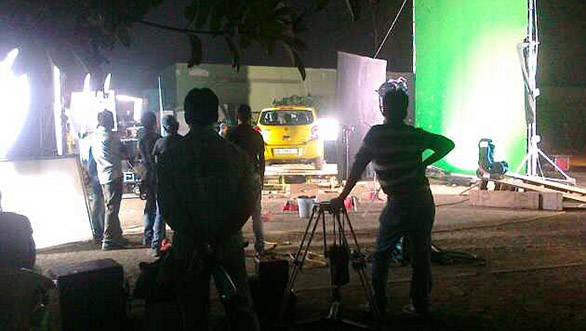 The rear end look similar to the Alto 800

While there are no interior pictures available at the moment, it is expected that the Celerio will be more spacious than the A-Star. At the onset, Maruti may offer only the petrol 69PS 1.0-litre K10 engine with the Celerio. Transmission options will most likely be a 5-speed manual and an auto.

If not at the launch, Maruti may offer Celerio with its indigenously developed sub 1-litre diesel engine in the near future. With this, the Celerio will give a tough fight to the likes of the Chevrolet Beat and Tata Indica eV2, currently the most affordable diesel cars to buy in the country.