2013 was a landmark year in terms of new products, but even that failed to change a largely negative market outlook. Rising fuel prices, high interest rates and sharp rupee depreciation led to dismal sales figures. But two carmakers - Maruti and Hyundai - managed to defy this trend and registered growth, although in single digits. 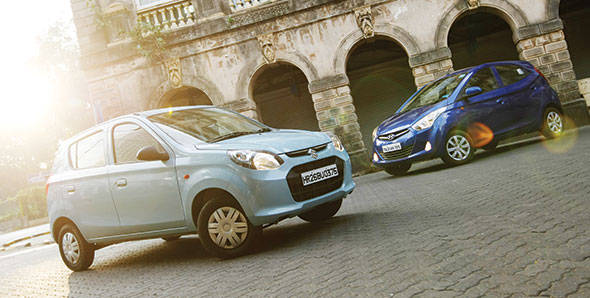 Against 1.94 lakh car units sold in December 2012, manufacturers were only able to move around 1.84 lakh units, a decline of 5 per cent. Carmakers such as GM, Mahindra and Toyota registred decline in sales, even Ford India failed to capitalise on the success of the EcoSport with an overall fall in sales figures.

Compared to 2012, the industry saw a nearly 10 per cent drop in sales in 2013, making the year one of the industry's worst since the turn of the century.

This despite the aggressive marketing and heavy discounts offered as part of year-end sales. Automobile experts are of the opinion that this trend will continue for the next six months or so.