A test mule of the Maruti Suzuki Alto was spotted on test in India. An entry-level hatchback, the Alto 800 recently received a facelift and a BSVI compliant engine. This time around, we believe that the hatchback is equipped with a 1.0-litre engine from the Alto K10 and the company is refining the K10B engine to meet the BSVI norms that will be regulated from March 2020. 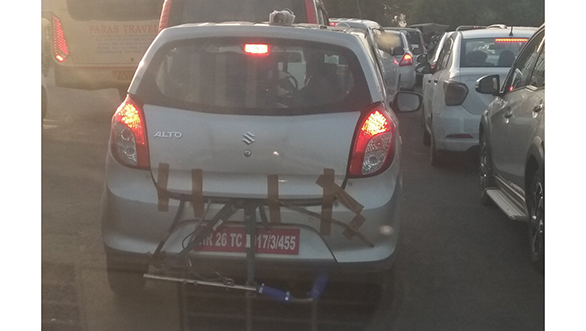 The test mule of the Maruti Suzuki Alto did not sport any other cosmetic change which hints at manufacturers' plans to only make the car compliant to the emission norms for the time being.

The mechanically updated Alto could be launched in the country by the festive season and could ask a premium of Rs 10,000-15,000 over the current Alto K10 which retails between Rs 4.41 lakh and 5.30 lakh.