In an interaction with CNBC-TV18, Maruti Suzuki and Bajaj Auto, two of India's largest automakers have stated that the ongoing call to boycott Chinese-made goods is not a good business decision. This comes in the wake of the ongoing border disputes between India and China.

Maruti Suzuki's chairman RC Bhargava said that while his firm directly doesn't need to import components from China, Maruti Suzuki's vendors are dependent on Chinese imports. He went on to say, "It is not easy for these vendors to find alternative sources or develop alternative sources. It takes a lot of time. What is more important is it will take a lot of cost penalty on the side of the vendors which ultimately means a cost penalty to the consumer."

Bhargava also raised pertinent questions about why India needs to keep importing not just from China, but other countries as well in such large quantities and over extended time periods. He went on to say that the question to ask was 'why is the Indian industry not becoming capable of manufacturing all these components in India at competitive prices'.

"I don't see raising tariffs and increasing prices of products which use Chinese imports is going to benefit the Indian citizen at all. This is more of an emotional reaction to the border problem, I do not think it is a well-thought-out solution to what we need to do both to resolve our differences on the border with the Chinese and also to in the long-term reduce what we are importing from China and elsewhere," Bhargava concluded. 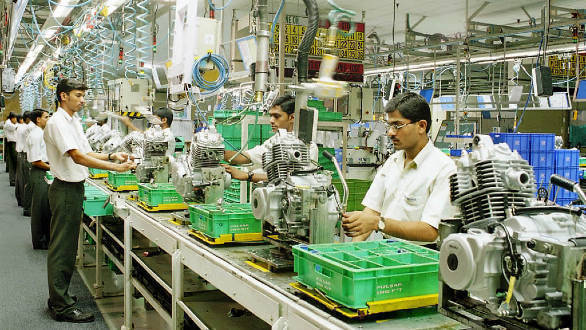 Bajaj said that these components have been sourced from China traditionally, the most prominent of which being bikes' alloy wheels. This is not just true for Bajaj Auto but for every other two-wheeler maker in the country. They have strong relationships with these vendors from China, that have been nurtured for over 15 years. Letting them down at this stage is an ethical dilemma they face.

"The reason we source components from China is simply that China is more competitive. I do not mean that our Indian suppliers are dumb, they are not; we are handicapped. The issues of land, labour, logistics, legislation, and electricity  it is because of this unease of doing business that for components like these, which in our language are called non-proprietary components, we find that the Chinese source is more competitive," Bajaj further added.