For those of you following updates of the sixth edition of Maruti Suzuki Dakshin Dare here at OVERDRIVE, the results in the Extreme Car category will come as no surprise - Sandeep Sharma and Varun Davessar held tightly to their top position in their Gypsy right till the end. Sanjay Agarwal and Venu, who'd attained the second spot after day 4, also maintained their spot. The slight turn of events occured when Amanpreet and Sudhir surpassed nine time Raid de Himalaya champion Suresh Rana  and Parminder Thakur, coming in third at the end of day 5. 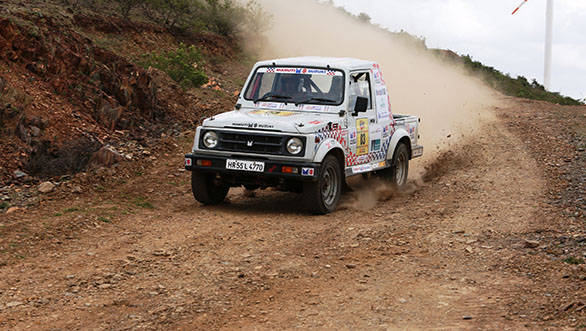 The Endurance category was again won by  Kartik Maruti and Sankar Anand, who'd been leading since the start of the rally. The results of day 4 turned out to be prophetic, with Sachin and Pratima pressing on to second position in their Tata Xenon. Two-thirds of the podium comprised of Team Maruti drivers with second runners up going to T Nagarajan and Ganesh Moorthy in their Esteem.