Setting the stage for what it calls its 'New Era', Maserati has now revealed its new flagship sportscar, the Maserati MC20. The Italian marque is calling this the successor to the legendary MC12, and while this car isn't exactly the raw, unfettered racer that its predecessor was, it is not difficult to see how this connection is being made. 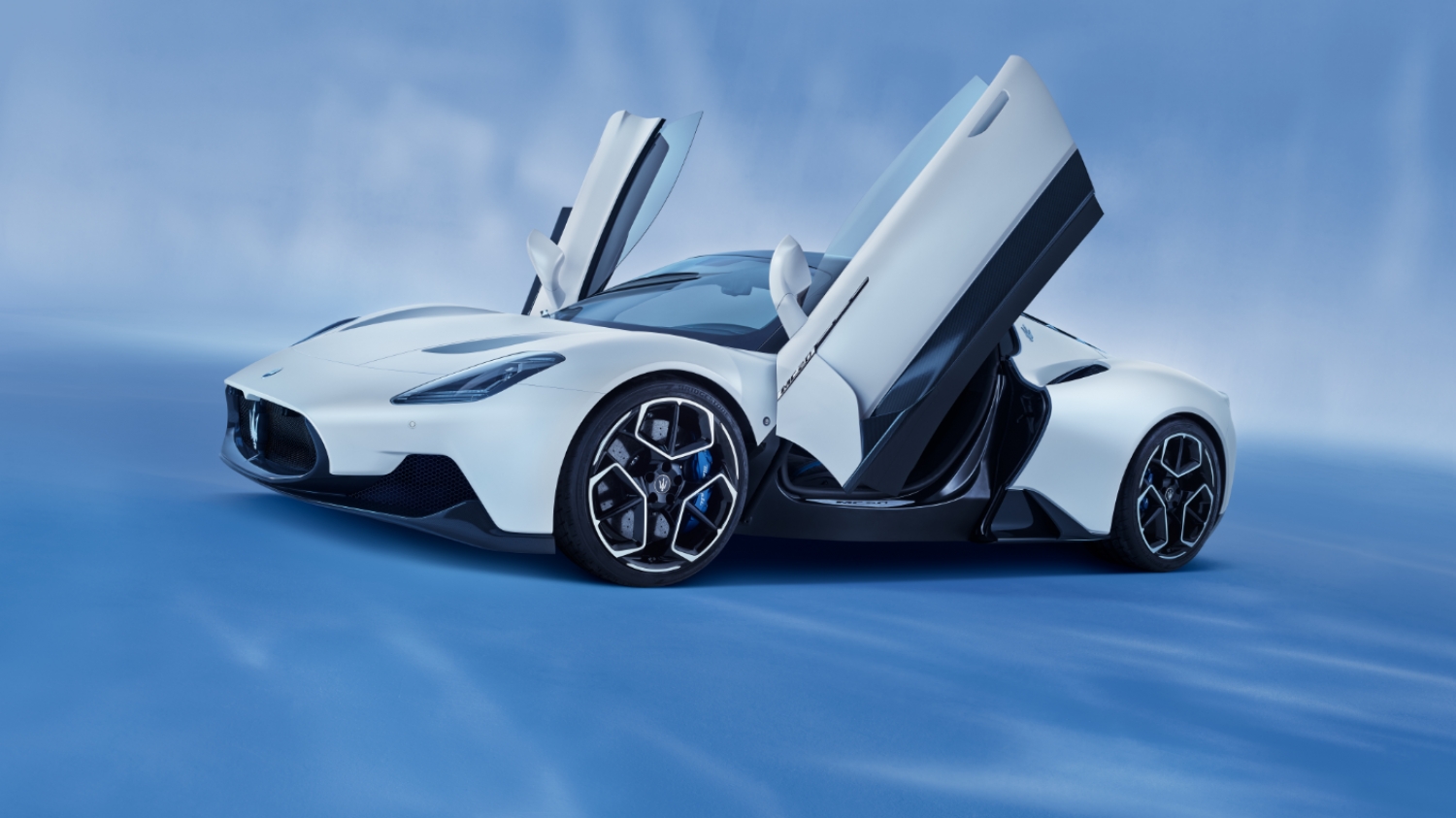 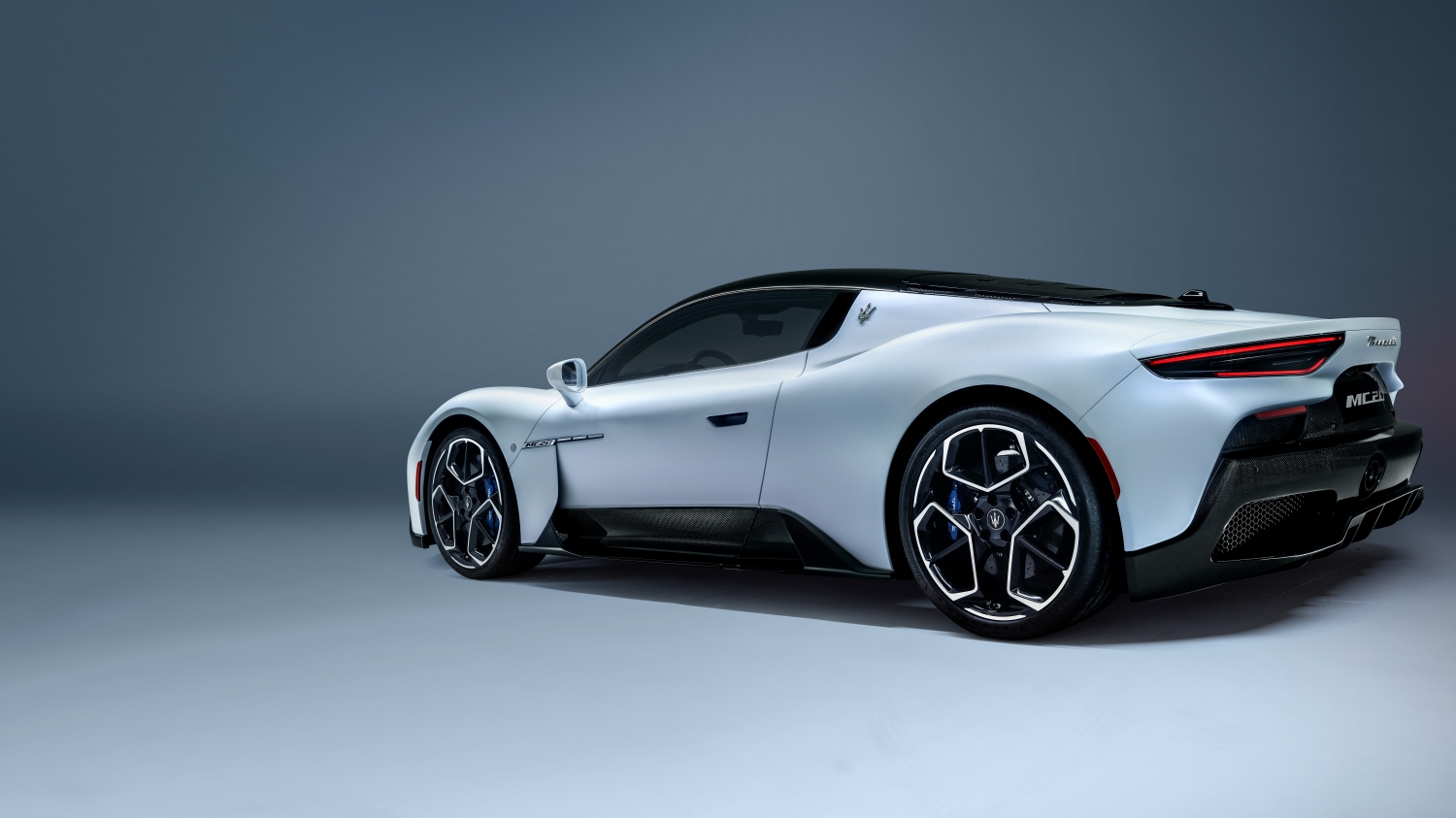 Unlike the MC12, the MC20(Maserati Corse 2020) is a far more lithe machine, the classical mid-engined sportscar proportions haven't been peppered with too many visible aero bits or body extensions. The butterfly doors are possibly the most outrageous thing on the car, with clean aerodynamically sculpted surfaces being the norm. Maserati has maintained this sense of elegance even with the simple lighting, hidden air vents and the discreet Maserati trident in the front. Encased within this body is a carbon-fibre monocoque tub that weighs just under 100 kgs, in fact, the MC20 weighs just under 1,500 kgs, given the liberal use of carbon fibre.

The MC20 took just 24 months to develop, but even then over two thousand man-hours were spent in conjunction with Dallara at their wind tunnel, where more than a thousand CFD (Computational Fluid Dynamics) simulations were run. The MC20 is the first new Maserati sports-car in 16 years but has been entirely developed in-house. This included the creation of a complex virtual system to hone the Maserati's dynamics using advanced dynamic simulators and mathematical models, all developed in-house. Over 97 per cent of the dynamic tests were conducted via this before prototype testing began. Aside from this coupe version, a convertible and an electric version of the MC20 is also in the works. 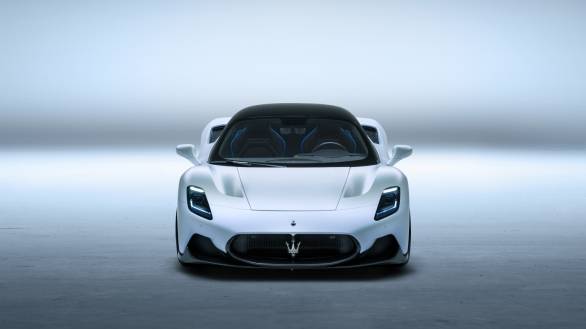 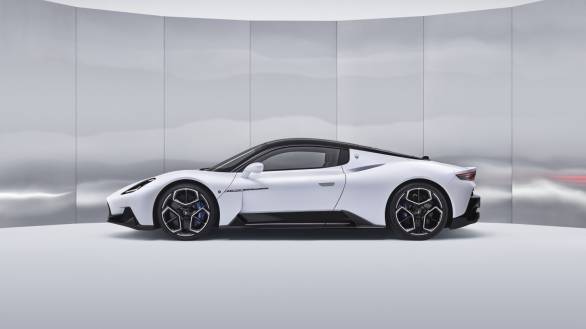 Pairing with this is the potent Nettuno V6, also developed entirely at Modena. In fact, this is the first ground-up new engine by Maserati in 20 years. is a 3.0-litre V6 with the two banks of cylinders arranged at 90 degrees to each other. The twin-turbo engine puts out 630 PS at 7500rpm and 730 Nm from 3000rpm. Given the light weight of the MC12, this gives it the best weight to power ratio in its class at 2.33kg/PS. Consequently, the MC20 can get from 0 to 100 kmph in 2.9s and onto a 325 kmph top-speed. Also, there are five drive modes to chose from by the driver to manage these outputs. These are GT, Wet, Sport, Corsa and the most potent ESC off. 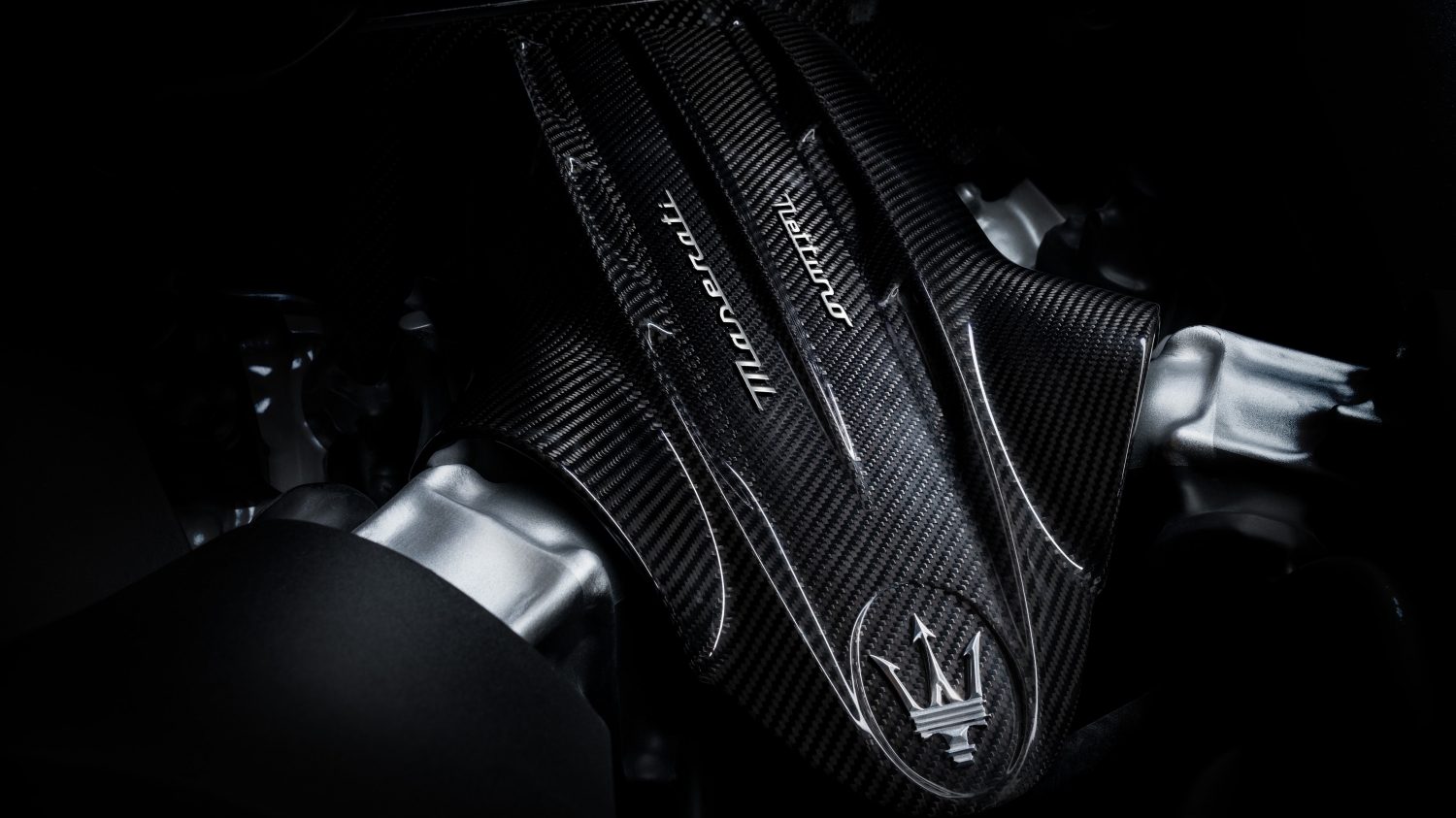 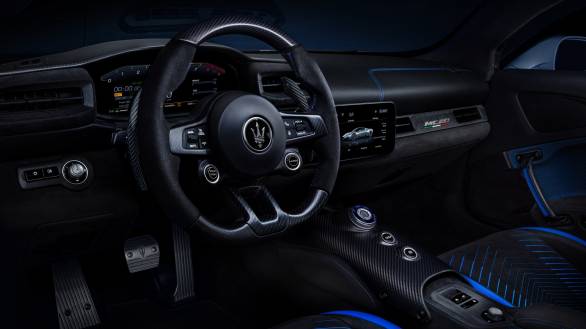 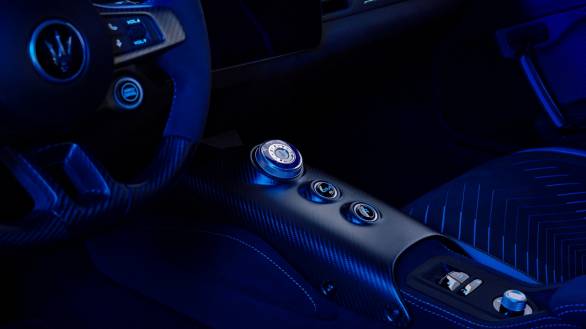 The simple, elegant theme of the exteriors has also found its way inside the MC20. Everything here has been set to not get in the way of the driver, and so the focus remains solely on the driving experience. There are two tablet-like 10-inch screens, one is the instrument cluster and the other is Maserati's new touchscreen infotainment. Most controls have been placed on the steering wheel, the thin carbon-trimmed centre console only feature the bare minimum of switchgear. The rest of the cabin has been trimmed in Alcantara, with unique laser-generated textural effects incorporated into the seats, Some creature comforts are wireless charging and the Maserati Connet suite of connected-car features.

The Maserati MC20 will be built at the Viale Ciro Menotti plant in Modena, where Maseratis have been built for over 80 years now. Production has already begun on the lines used by the erstwhile GranCoupe and GranCabrio, with global deliveries starting later this year.