With the inaugural FIA World Rallycross Championship just around the corner, various contenders are getting ready to participate in the series. One such competitor is Mattias Ekstrom. A two-time winner of the DTM championship and Race of Champions, he has also contested in the Swedish rally six times, the German rally twice and in Australia's V8 Supercars Championship. Ekstrom really doesn't have anything to prove. But being the racing driver that he is, it isn't surprising that he is trying his hand at the new series that is set to take off on the 3rd of May, 2014. 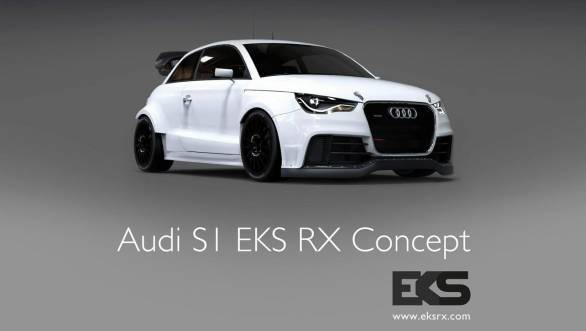 The Audi S1 which Team EKS will be running

Not only is he driving, but participating under his own team 'EKS'. The team is working hard to prep Ekstroms's car for the series; an Audi S1 which pumps out a mind bending 608PS from its 2.0L four cylinder turbocharged engine. All that power will be sent through the four wheels for maximum performance. EKS will be fielding two cars, one driven by Ekstrom and the other driven by Junior World Rally Champion Pontus Tidemand. 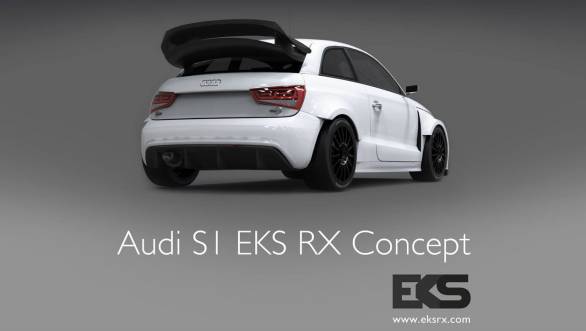 EKS will be fielding two cars this season

From a standstill, the car will rocket to a 100kmph in a mere 1.9 seconds, enough to hold its own against Formula One cars! The car will make its debut at the second round of the World RX championship at Lydden Hill, Britain in late May where it will be put to the test with other bonkers cars pumped with steroids like the Ford Fiesta ST, the Citroen DS3 and the new Peugeot 208 driven by the likes of Petter Solberg, Tanner Foust, Jacques Villeneuve and Liam Doran.