Mazda will be unveiling a 25th anniversary edition of its popular MX-5 model. The car was launched way back in 1989 and is the Guinness World Record holder for the best selling two-seater sports car, selling more than 9,40,000 units till March 2014. Launch date and prices of the silver jubilee edition have not yet been revealed by the company.

Soul red metallic paint is exclusive to this edition

The Anniversary Edition will bring the same amount of fun that the roadster is known for. The car is a roadster coupe model and features an electrically retractable hardtop. Special touches to the exterior include an exclusive soul red metallic paint job with black painted A-pillar, roof and side mirrors. 17-inch alloy wheels done in dark gunmetal conclude the exterior changes. 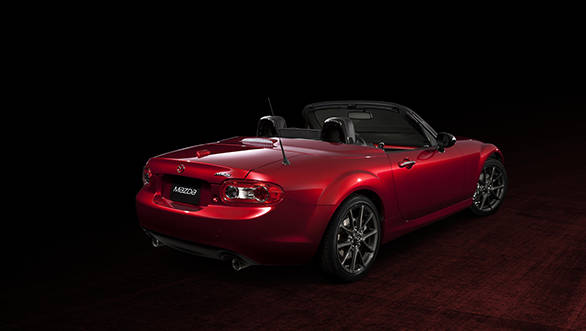 The interiors get off-white leather for the seat upholstery and door trims. Engravings on the headrests differentiate the Anniversary Edition from the standard version. A hand finished dashboard decorative panel adds a touch of class and elegance to the cabin.  The engine is a 2.0litre unit capable of 160PS and is mated to a six-speed manual transmission with the option of an automatic. 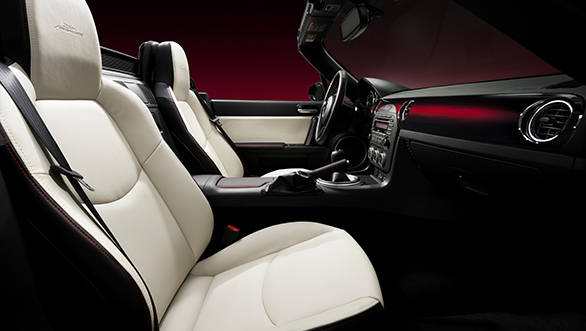 Apart from the unveiling of the 25th Anniversary Edition, Mazda will also be showcasing the new SkyActiv chassis with the engine, which will be used in the next generation MX-5 models. The company says that the next generation of the roadster will have the most compact dimensions, but the centre of gravity will be lower than the previous models, due to the closeness of the engine to the centre of the vehicle. Mazda says that the upcoming model will have a more rigid body and will also trim a huge 100kgs from the overall body weight. 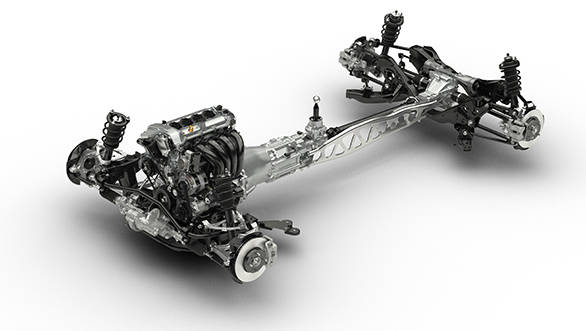 Mazda's chairman of the board, Takashi Yamanouchi said, "The original concept behind the MX-5 was so simple; to offer the pure joy of a lightweight sportscar that moves precisely as the driver intends. While responding to increasing safety and environmental requirements, over the 25 years since its launch we have had to continually reinvent the MX-5  far beyond simple evolution  in order to stay true to that original ideal. The history of the MX-5 is one of changing everything in order to stay the same. A history of innovating in order to preserve the ideal."