McLaren Automotive's bespoke division, McLaren Special Operations (MSO), has revealed the limited edition Carbon Series LT. Based on the 675 Spider LT, the Carbon Series LT is limited to only 25 units globally - all sold out. The limited edition car has been developed in response to the requests by McLaren customers who were fascinated by the carbon-fibre bodied McLaren P1, displayed at the Geneva Motor Show 2016. 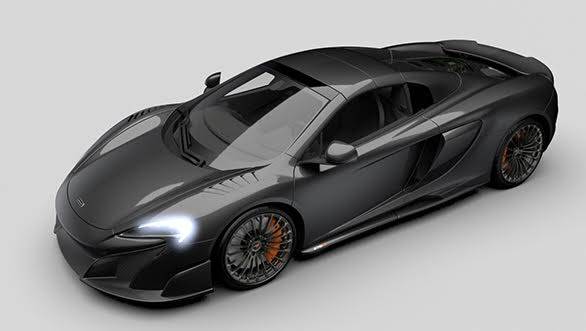 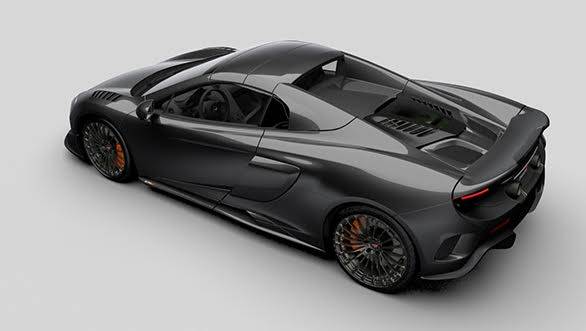 The MSO Carbon Series LT has been developed with the focus on lightweight and aerodynamic performance. It features 40 per cent more carbon-fibre parts than the standard 6757 LT spider, making it practically an all-carbon sports car. The electrically retractable roof and tonneau, A-pillars, bonnet and rear deck, side blades, complete front and rear wings, and even fuel filler flap are all covered in glossy finished carbon fibre. The McLaren Telemetry pack featuring three-track cameras is fitted as standard equipment along the car.

Under the glossy carbon fibre, the MSO Carbon Series LT comes with the same 3.8-litre twin turbo V8 powertrain which  is shared by its Spider sibling. The power output and torque figures remain unchanged, with 675PS delivered at 7,100rpm and 700Nm available between 5,000-6,500rpm. The MSO creation can hit 0-100kmph in just 2.9 seconds, while it can further achieve a speed of 200kmph under 8.1 seconds. The supercar tops out at 326kmph.

Production of the MSO Carbon Series LT is to begin in autumn this year, while the first deliveries are expected by end-2016.