McLaren Automotive has concluded the pre-production development of its new flagship hypercar, the McLaren GT. This programme ended with the Speedtail undergoing high-speed validation tests at the Johnny Bohmer Proving Grounds at Kennedy Space Center, Florida, USA. Here the Speedtail hit its maximum speed of 403 kmph (250mph) over 30 times on the space shuttle landing runway. 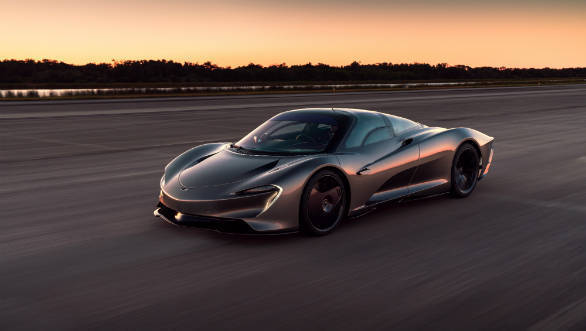 The McLaren Speedtail used in these test was in its XP2 prototype form and was driven by McLaren chief test driver, Kenny Brack. This was the last of a string of high-speed runs that also included runs at Idiada in Spain and Papenburg in Germany. This makes the Speedtail the fastest McLaren ever, the McLaren F1 topped out at 388 kmph. Although, that car still remains the fastest naturally aspirated hypercar in the world. 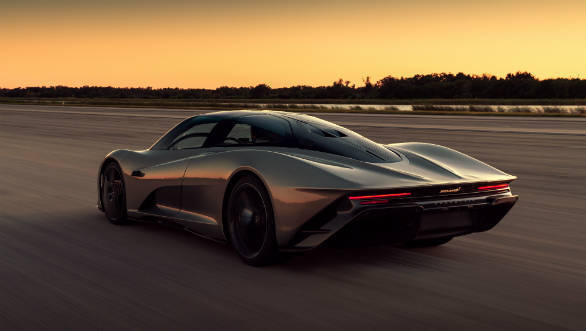 The McLaren Speedtail has been developed in homage to the F1. It gets the same three-seat layout as the original with a central driving position. Also seen is the highly aerodynamic shape with an extended rear-section, to make sure air flows uninterrupted over the car. The breaks in the body are kept o a minimum, to make the teardrop shape even more aero-efficient. The McLaren Speedtail model is built around a bespoke McLaren Monocage carbon fibre structure. This has helped in offering a lightweight construction with the extensive use of carbon fibre in the body. Additionally, this limited-edition McLaren also comes with aluminium active suspension and carbon-ceramic brakes. The powertrain in the McLaren Speedtail is a petrol-electric hybrid that produces a combined output of 1,070PS and 1,150Nm. The Speedtail weighs only 1,430kg dry that helps offer a better straight-line acceleration for a McLaren, with 0-300kmph in just 12.8 seconds. The motor is a 4.0-litre twin-turbo V8. The McLaren-developed battery pack has a power density of 5.2kW/kg, which is the best of any automotive system yet.

The 106-unit production run of the McLaren Speedtail has begun at the McLaren Production Centre in Woking, UK. The hand-assembled cars, which sit at the top of McLaren's Ultimate Series,  will begin deliveries from February 2020.