Mercedes-AMG Project One to get AWD and F1-derived drivetrain

It is the 50th anniversary for AMG - the tuning arm from Affalterbach (Germany) responsible for churning out performance models at Mercedes-Benz. To commemorate it in style, AMG is readying a hypercar code-named the 'Project One' and it is slated to be revealed to the world at the 2017 Frankfurt Motor Show this September. While the teaser images came out earlier this year, Mercedes-AMG has dropped some more information. Only this time it focuses on the technology under the skin. 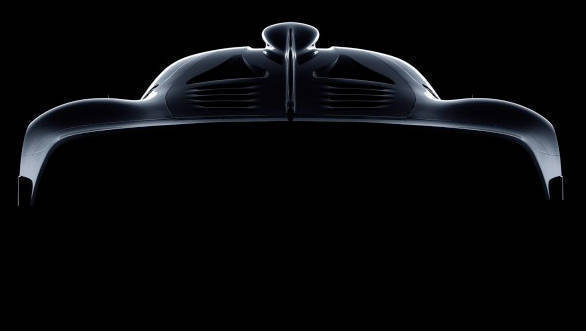 As you would expect, AMG is using its success in Formula One to power its upcoming hypercar, but is also incorporating technology derived from endurance racing to make it more ideal for road use. The F1 technology forms the majority of its drivetrain - a rear-mounted 1.6l turbocharged V6 similar to the F1 racecar, mated to two electric motors - one that helps power the rear wheels and the other that helps spool up the turbocharger. The entire arrangement of this drivetrain's components is expected to be similar to AMG's F1 winner and will churn out about 750PS. 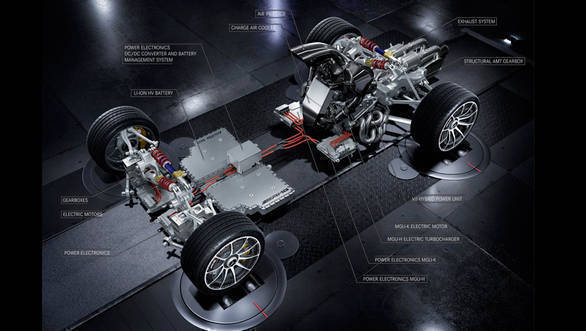 Technology inspired from endurance racers in the WEC LMP1 category gives the Project One an additional pair of electric motors which sit at the front of the car to power the front wheels. This gives the hypercar its all-wheel-drive capabilities. These motors also help the Project One run in a zero-emission pure-electric mode as a front-wheel-driven car for up to 25km. The entire system will have a combined output of over 1,000PS! Transmission duties are carried out by an 8-speed automated manual. The Project One's carbon-fibre tub will be suspended from an F1-derived fully adjustable set-up, while the wheels will wear bespoke Michelin Pilot Sport Cup tyres.