Mercedes-Benz has shown the A-Class L sedan before the car officially debuts later this week at the Auto China 2018. The A-Class sedan gets a front end from the new A-Class but the design is unique from the B-pillar onwards. Also, like its other offerings in China, Mercedes as stretched the sedan version of the A-Class by 60mm. An optional Sport exterior package adds a more aggressive theme to the design. 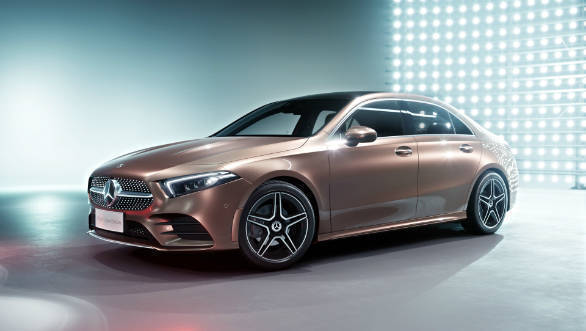 The A-Class L sedan will go on sale in the second half of this year before a regular wheelbase version debuts internationally. It is being offered with one engine option, for now, a 1.3-liter four-cylinder putting out either 134PS or 161PS. A 2.0-liter four-cylinder with 188PS will arrive later. A seven-speed, dual-clutch transmission is the only available transmission option for the Chinese market.

The interiors have been heavily derived from the A-Class hatchback and top-trims will feature the twin 7-inch screen layout for the infotainment. As in the hatchback, the cabin is littered with aluminium accents and high-quality materials. 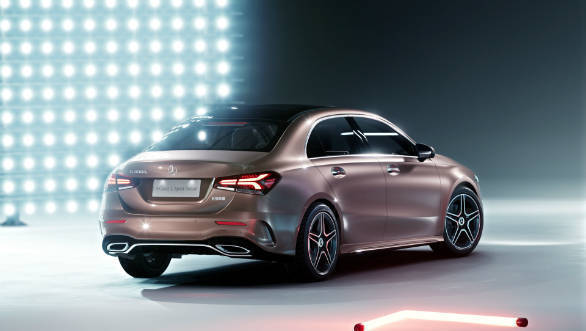 It should be noted that this car is different from the CLA-Class and features a more traditional three-box layout. The CLA will be replaced by a new coupe-sedan later on. The design up to the B-pillars will be very close to that of the A-Class sedan but the rear end will be less traditional in its styling. Both the A-Class sedan and the upcoming CLA-Class are a part of the eight-car line-up that Mercedes plans to build based on the same MFA2 underpinnings. 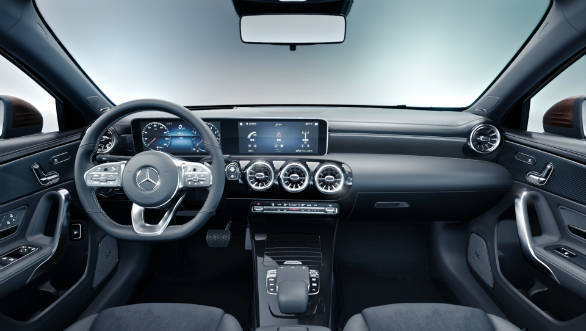 While there is no word on this, the A-Class L sedan will be a perfect fit in Mercedes' India line-up. The company has re-engineered its LWB products from China before for India with the latest E-Class, and could do the same for this. This will let the A-Class L sedan sit below the C-Class in its India line-up and be a more practical alternative to the CLA-Class that is sold here presently.