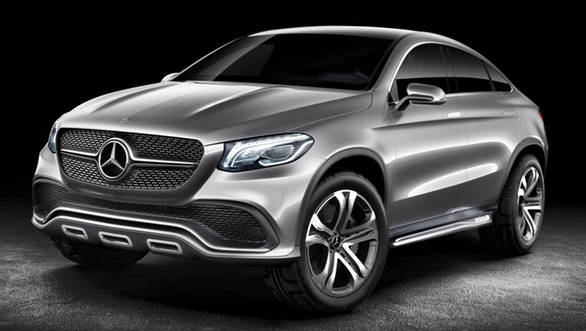 Looks like the 2014 Beijing Auto Show is going to be all about coupé crossovers. While BMW will debut its production-ready X4, Audi will show its competitor in the form of the Q4 Concept. Today, the third German luxury marquee, Mercedes Benz, has announced that they will bring a coupé-crossover concept to the Beijing Motor Show.

In fact, before the images leak out on the Internet in true Mercedes-Benz fashion, Daimler AG has tweeted an image that previews the Concept Coupé SUV. The tweet also confirms that the concept will make its public appearance in a couple of weeks. The image seen here seems to have been taken at the ongoing Daimler General Meeting for their investors. 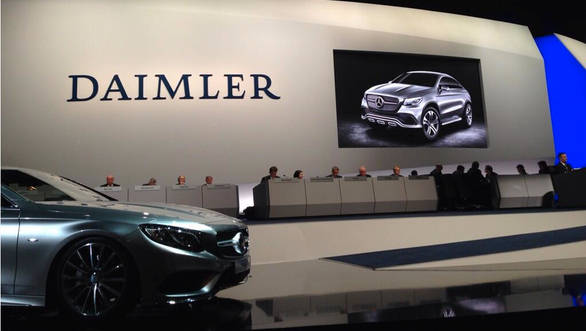 At an investor meeting, Diamler AG gave a sneak peek of what could be called the Mercedes Benz MLC - a coupé SUV.

While no information on the oily bits has been revealed, we speculate that the Mercedes-Benz Concept Coupé SUV will be powered by a hybrid powertrain. As you would expect, the Mercedes-Benz Concept Coupé SUV has a sportier styling than the entry-level GLA. It features a coupé-ish roofline, an SLS-AMG inspired grille and AMG styled, beefy bodywork. The concept in the image clearly looks like a production-ready design and we won't be surprised to see its road-worthy counterpart to show its face in a few months from now. We expect the model to be called the Mercedes Benz MLC, which will be positioned above the M-class.

When the Mercedes-Benz Concept Coupé SUV does make it to production, it will compete with the other coupé-crossovers like the BMW X4, the Range Rover Evoque and the production version of the Audi Q4.