Mercedes-Benz will launch the GLS SUV in India on May 18, 2016. Unveiled last year, it will be the German manufacturer's flagship SUV in the country. The GLS is a facelifted version of the earlier GL with a new name which goes according to the brand's new model nomenclature. In addition to the minor changes in the exterior design, the GLS will boast of an exhausting list of features that are also seen on the ultra luxurious S-Class. We expect the prices for the Mercedes-Benz GLS to start from Rs 80 lakh. 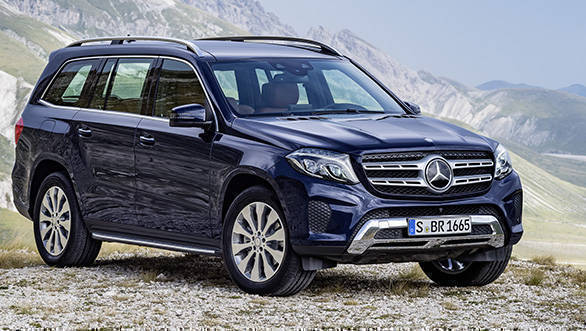 The front profile has been updated with a more pronounced radiator grille and new Multi-Beam headlights along with integrated DRLs. The radiator grille gets a bright chrome finish with a large tri-star logo affixed on the centre. The front and the rear bumpers too get revised lines to make them look sportier than before. The other changes in the design include a muscular bonnet and new LED taillamps. The side profile doesn't get any substantial updates. The Mercedes-Benz GLS measures 5,130mm in length, 1,934mm in width and 1,850mm in height. It has a wheelbase of 3,075mm. 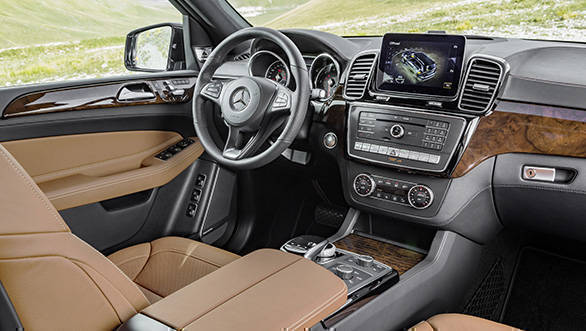 The interior of the GLS SUV will get a similar arrangement as on the S-Class. All the three row seats will be draped in leather. The most important update, however, is the new tablet-like 8-inch infotainment screen. It will continue to show similar options as seen in the GL. Similar to the S-Class, the GLS too gets multiple ambient light options. The GLS will also come with a host of safety features, such as Brake Assist, ESP, Pre-Safe and collision prevention assist. 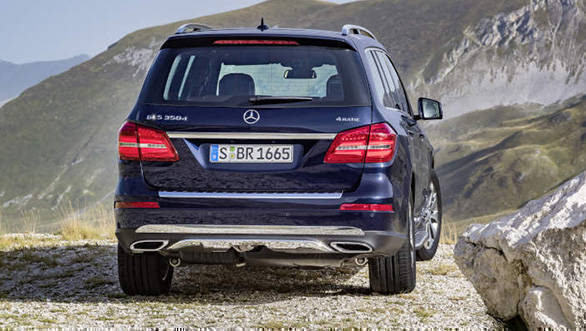 Powering the GLS is a 449PS/699Nm V8 bi-turbo petrol engine which gets a power bump of 20PS. For the performance enthusiasts, there will be an outlandish GLS63 variant which makes 577PS and 760Nm. Also, it will be offered in a 3.0-litre V6 bi-turbo diesel engine which puts out 362PS and 255PS in the GLS450 4MATIC and the GLS350d 4MATIC models.