Mercedes-Benz India have announced that they've just recorded their highest sales ever for a calendar year in 2015. From January-December, 2015, the company sold 13,502 units which marked an increase of 32 per cent compared to the 10,201 units sold in 2014. In addition, the C-Class replaced the E-Class as the highest selling model in India with a 90 per cent growth.

Mercedes-Benz further announced plans to launch 10 new showrooms and 12 new models in 2016. Thanks to the aggressive expansion of their portfolio in the country, their SUV line-up comprising the GLA, GLE, GL-Class has seen a 100 per cent growth.

The sedan range that includes the C-class, E-class, S-class and CLA has recorded a 42 per cent increase combined with a 54 per cent growth in their AMG portfolio in India. The company claims to have sold 503 units through digital platforms and hatchbacks such as the A-Class and B-Class have recorded strong growth in 2015 as well. 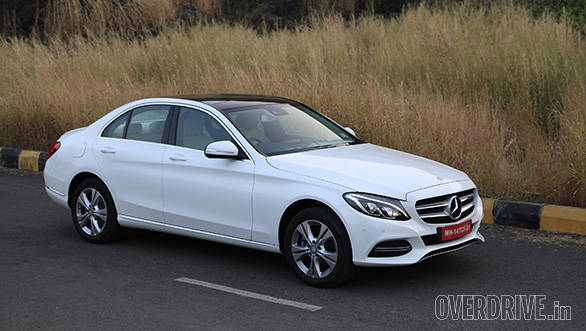 Considering the unexpected challenges that emerged in key markets like Chennai (which has taken a hit due to the recent floods) and Delhi which is burdened by the ban on diesel vehicles over 2,000cc, the increased sales figures are important for Mercedes-Benz India. The company in 2015 invested Rs 1,000 crore in their production facilities which was the largest investment made by any luxury carmaker in India. Along with that, Mercedes also added a new production line in Chakan, Pune, which was aimed at doubling the brand's annual capacity in India to 20,000 units. The same year, 15 new products bearing the three-pointed star were launched in India.

Roland Folger, managing director and CEO, Mercedes-Benz India said, "2015 has been the most successful year for Mercedes-Benz as we registered our highest sales ever in India. This gives us confidence that 2016 will be an exciting year in many ways."