Mercedes-Benz records its highest ever sales in the Indian market

It's that time of the year when car manufacturers announce their spoils of war, and Mercedes-Benz has clocked in its highest ever sales. The luxury car giant recorded its best ever fiscal year with sales touching 13,558 units, best ever Quarter sales at 3,622, and March 2016 being the month with the highest sales. 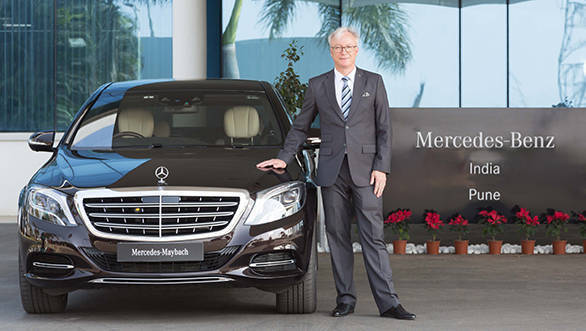 When it comes to company fiscal years, Q1 is the most important as it helps build a driving momentum for the future quarters, and Mercedes managed to do just that despite the slump in sales in the key regions of Delhi and NCR due to the infamous diesel ban. Price hikes and lack of incentives also affected sales. Mercedes-Benz claims that the boost in sales in the rest of the country helped maintain the needed momentum.

The E-Class, one of the longest running models in the line up, sold like hot cakes in Q1, closely followed by the C-Class. The SUV profile consisting of the GLE, GLA and GL also grew.

Roland Folger, managing director and CEO, Mercedes-Benz India, states "It is a significant achievement for us, as we have maintained our growth momentum in Q1 2016, despite facing multiple market challenges. We have been able to compensate the negative sales impact in the Delhi and NCR market, with a strong double digit growth achieved in most other markets across the country. This strongly underlines the fact that luxury car buyers increasingly prefer Mercedes-Benz."