Mercedes-Benz has launched the S-Class Connoisseur's Edition in India and the S 350d variant costs Rs 1.21 crore (ex-Pune). The Mercedes-Benz S 400 Connoisseur's Edition is priced at Rs 1.32 crore. The Connoisseur's Edition offers a couple of extra features over the standard car and the first one is called the Night View Assist Plus. This system uses two infrared lamps, an infrared camera and a thermal imaging camera to prevent accidents at night. The infrared lamps and camera throw up a night-vision image of the road on the cockpit display in a hazardous situation. The thermal imaging camera, meanwhile, displays heat signatures to help differentiate between inanimate objects and people and animals. 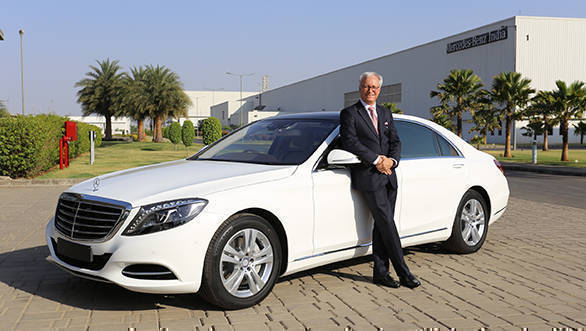 The Mercedes-Benz S-Class Connoisseur's Edition also features what the brand calls an executive seat for the rear passenger sitting on the left side. This seat features a 43.5-degree recline function and an extending thigh support. The seat also features a cushion bag which is deployed in the event of a frontal collision. This prevents the passenger from sliding under the seat belt. Another feature in this car is the Air-Balance package. This feature gives the passenger a choice of six fragrances to choose from, and a system which ionises and optimises the filtering of incoming and recirculating air. 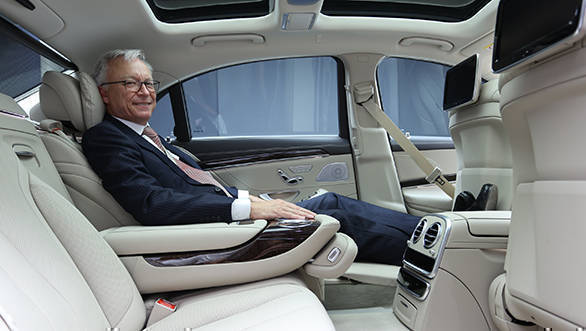