Mercedes-Benz has unveiled the latest addition to its SL roadster series with the SL 400 which will come with a 3.0-litre twin-turbo V6 as opposed to the naturally aspirated 3.5-litre V6 in the SL 350. 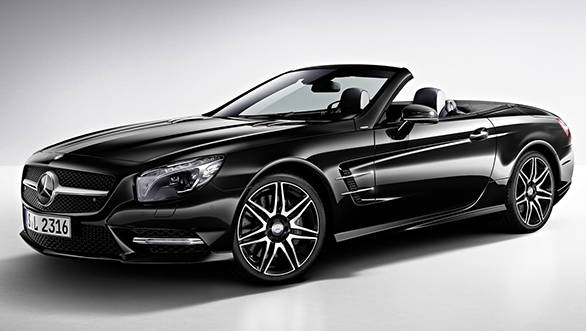 0-100kmph is achieved in 5.2 seconds and the top speed is limited to 250kmph. The engine has a direct injection system with spray guided combustion. The third generation of this direct injection gets Multi Spark Ignition (MSI) technology which allows four sparks to be discharged within an impressive one millisecond timeframe. Five injections per power stroke are achieved due to the use of Piezo injectors. The MSI technology along with the Piezo injectors enables complete combustion of fuel with just 172g/km of carbon emissions and a fuel-efficiency of 13.7kmpl.

The SL 400 also features a Frontbass system developed by Mercedes-Benz which takes the audio experience to another level. A Magic Vision Control wipe/wash system is also equipped which takes water from the wiper blade to the windscreen irrespective of the wiping direction. Both these features are equipped as standard on the new car. The car is manufactured entirely from aluminium and is equipped with a retractable vario-roof to add to practicality and convenience.