The range has been designed with a primary focus on grip, safety, comfort and high-speed performance. The plies run radially from bead to bead and do not cross over each other. This allows the tyres to flex on their sidewalls more easily. As a result, they run at lower temperatures and are suitable for higher speeds. The company says that the stiffer tread lowers rolling resistance which improves fuel economy. The flatter-tread radius intends to provide a larger contact patch to improve high-speed stability. 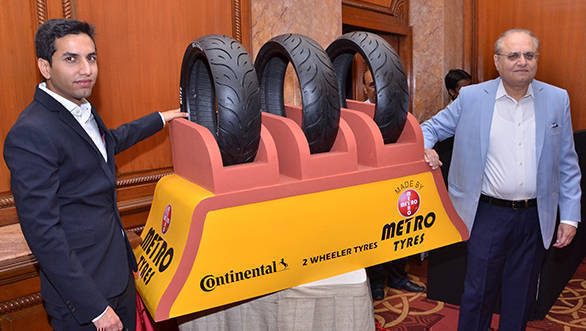 Speaking on the launch, Rummy Chhabra, managing director, Metro Tyres, said, "The two-wheeler industry in India is growing at a CAGR of 8.5 per cent, and as per estimates the country has over 120 million two-wheelers currently. The world's largest two-wheeler market offers a massive playing field for manufacturers like us."

Metro Tyres is aiming to achieve a 10 per cent market share in the two-wheeler tyre segment. In an official release, the company has also announced that it will be investing Rs 300 crore to upgrade its research and development facility in Punjab. The company has announced that the Metro motorcycle tyres range is available for sale at select dealerships across India.