MG Motor is a subsidiary of SAIC Motor UK that is owned by the Shanghai-based SAIC. They are the largest importers of Chinese made cars into the United Kingdom. Their international portfolio consists of popular cars like the ZS, HS SUVs, and also the MG3. The company will be unveiling the Hector SUV shortly in India. This will be the very first time MG Motor will be manufacturing a vehicle in the country. The MG Hector SUV will be based on the China-spec Baojun 530. However, it has been confirmed, that the MG Motor version will be heavily re-engineered to make sure it withstands Indian driving conditions. The platform is expected to remain largely similar to the Baojun 530. The China-spec 530 SUV is a five-seater currently, but it is large enough to be able to accommodate a third row should the need arise. Just how large? It stands 4,655mm long, with a wheelbase of 2,750mm, which overshadows the Hyundai Tucson by 180mm in length, and 80mm in wheelbase. That almost puts it in the same league as the Skoda Kodiaq, at 4,697mm length and 2,791mm wheelbase. 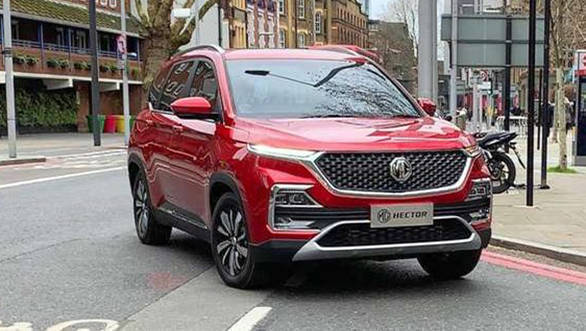 Coming to the India-spec MG Hector, the SUV measures identical to the Baojun 530 which has a length of 4,655mm, 1,835mm width and 1,760mm height. The wheelbase remains unchanged while the ground clearance measures 192mm.  Powering the MG Hector will be a choice between two engines, the two-litre diesel churns out 170PS and 350Nm of torque while the 1.5-litre turbocharged petrol engine produces 143PS of power and 250Nm of torque. The petrol model will be offered with a 48V hybrid system which will be a unique highlight for its segment. The petrol models will be available with an option between six-speed MT, six-speed MT hybrid and a six-speed DCT while the diesel will be offered with a six-speed manual transmission as standard. The fuel efficiency figures claimed by MG Motor are 17.41kmpl for the diesel, 14.16kmpl for the manual and 13.96kmpl for the petrol with DCT model. 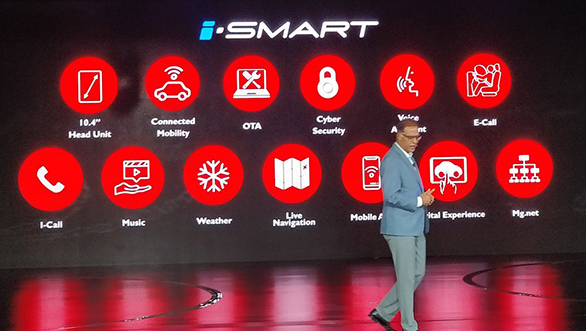 The MG Hector will be offered in Style, Super, Smart and Sharp trims and 13 variants where the range starter will be the Style trim and the top-spec will be the Sharp. MG will be offering both, petrol and diesel engine options on all variants.  The SUV will be offered in five colours, candy white, aurora silver, starry black, burgundy red and glaze red.  In terms of features, the Style variant comes equipped with fabric seats, central armrest, rear AC vents, glove box with cooling, fast charging USB port, parking sensors, ESP, ABS, EBD and also dual front airbags. The MG Hector Super variant comes with a 10.4-inch touchscreen system with SIM based internet connectivity, LED fog and tail lights, cruise control, chrome detailing on the door handles and a reverse parking camera. The Smart variant of MG Hector boasts of an eight-speaker entertainment system, TPMS, push button for Start/Stop, six-way electrically adjustable driver's seat and remote access to the functions of the SUV using a smartphone application. The top-spec Sharp trim of the Hector SUV boasts of panoramic sunroof, rain sensing wipers, auto headlights, ambient lights, and a 360-degree camera. 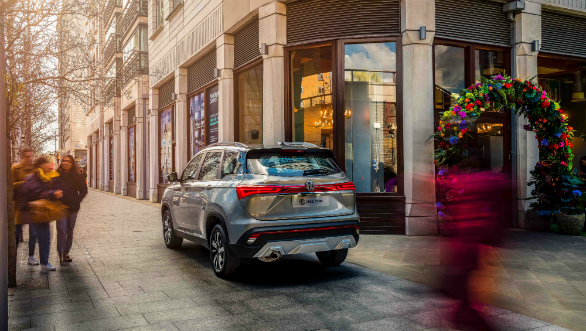 MG Hector SUV: Top 5 things that you should know

MG Hector SUV production begins ahead of May 15 unveil

Confirmed: MG Hector SUV to be unveiled in India on May 15