Michael Schumacher's condition is being reported as 'stable' following a second cranial surgery. The German who will turn 45-years old on the 3rd of January, 2014, was skiing in the French Alps when he fell and hit his head on a rock. So severe were his injuries, that he was airlifted to a hospital in Grenoble at once where emergency surgery was performed to ease the pressure within his skull. Doctors reported that the seven-time world champion had contusions on both hemispheres of the brain. While his condition has been critical since the accident and surgery, the doctors have now stated that following the second surgery, Schumacher's condition is stable. While the German former Formula 1 driver is not out of danger yet, there has been no deterioration in his condition at the moment. 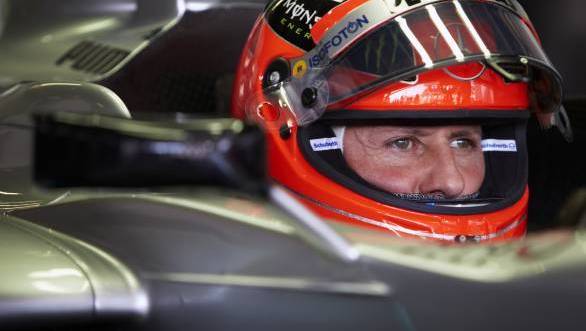 Speaking to the press, Schumacher's manager Sabine Kehm stated that Schumacher's accident was a very unfortunate affair. After talking to eyewitnesses they were able to gather information that Schumacher did not tackle a particularly dangerous slope, nor was he traveling at speeds that were unreasonable. However, the injury that he suffered was severe and needed critical care. Doctors have also stated that it was the skiing helmet that saved Schumacher's life and that he wouldn't have survived the fall had he not been wearing a helmet.

While the doctors are not able to predict whether or not the German driver will make a full recovery, they have declared that his condition has not worsened following the second surgery. The next few days will prove to be crucial for Schumacher, deciding whether or not he will recover well. As of now there is no clarity as to when he will be brought out of the medically induced coma that he has been maintained in.