At the Michelin Movin'On press event in Montreal, the French tyre-maker has laid down its plans for achieving sustainable manufacturing processes up to 2048. The company hopes 80 percent of the raw materials used by it for tyres will either be renewed or recycled.

At present, just 50 percent of the tyres being used are recycled. Michelin hopes to increase this to 80 per cent by 2048. In that time, it also hopes to be able to recover all of the tires it sells to customers. Michelin is also investing in high technology recycling so that by 2048 tyres are 100 percent  recyclable. The company estimates these efforts will save the equivalent of 33 million barrels of oil per year. 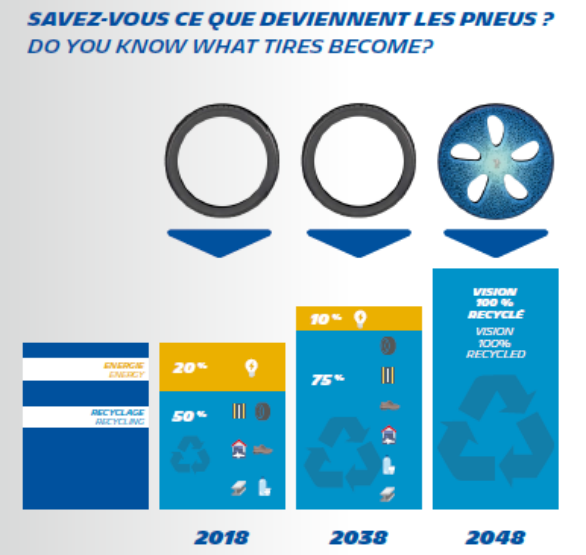 The company also presented details of the Michelin BioButterfly project. This initiative aims to create bioelastomers from wood, beets, etc that could replace less exp-friendly rubber components. This project is already in its test phase and Michelin says it could be ready to use in production as soon as two years from now. While production of these eco-friendly tyres will start naturally in Europe, Michelin says it understand the need to localise production and will use its network of plants around the world for maximum effect.