Vision Gran Turismo is a project wherein manufacturers come up with special versions of their halo cars for the popular game series, Gran Turismo 6. 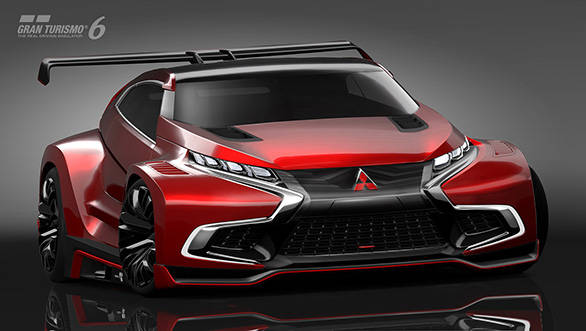 Mitsubishi has come up with its own rendering and has lovingly named it 'Mitsubishi Concept XR-PHEV Evolution Vision Gran Turismo'. Simply put, it is a virtual version of the concept which was shown in the Tokyo Motor Show 2013, the XR-PHEV, cross(X)over Runner, Plug-in Hybrid Electric Vehicle. Perhaps the naming committee at Mitsubishi was busy playing Gran Turismo 6 to be bothered with innovative name tags. 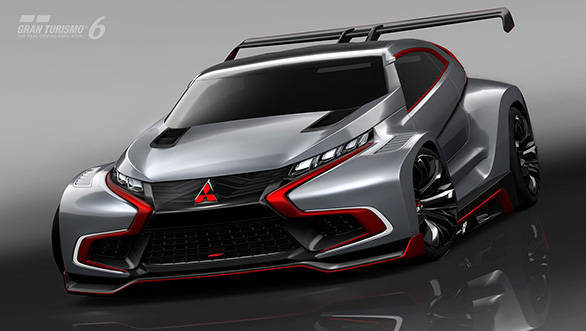 Nevertheless, Mitsubishi's new design language is bold and distinct. The body is made from CFRP (Carbon Fiber Reinforced Plastic) and aggressively embodies the 'athlete form' design concept. The large 20-inch wheels, rally inspired wheel arches and the huge spoiler match the theme quite well. Mitsubishi is gearing up the Pikes Peak Hill Climb event this year and the design clearly reflects that frame of mind.

The only thing known about the powertrain is that an eight-speed dual clutch gearbox sends the power to all four wheels. Mitsubishi are experts when it comes to rallying and 4WD systems, and going by the amount of effort that has gone into making GT6, the game would reflect the rallying pedigree.

The car is available for purchase exclusively on Playstation 3. Alternatively, for a limited period, patrons of the GT6 series can obtain the same for free by completing a special lap in the seasonal event.