Repsol Honda rider Dani Pedrosa is set to return to the 2015 MotoGP World Championship after being forced to sit out the last three races. He will participate in this week's French Grand Prix at Le Mans.

Pedrosa had undergone surgery to his forearm to cure him of persistent arm pump problems. The Spaniard had participated in the season-opening MotoGP round at Qatar where the problem had worsened. The rider had undergone surgery for the same problem in May last year and had been advised against any further operations. Fearing that his medical condition would jeopardise his career, Pedrosa underwent a completely new type of surgery this time. 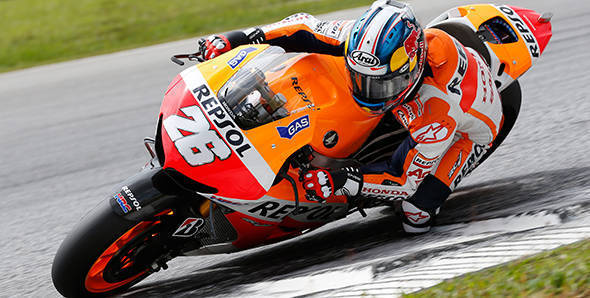 The fascia around the muscle in Pedrosa's arm was completely removed during the two hour surgery that was done by Dr. Angel Villamor at Madrid's iQtra Medicina Avanzada.

Pedrosa was hoping to participate in the Spanish Grand Prix, after testing his ability to ride on a Supermoto motorcycle, but decided to wait a bit more.

"My recovery has gone well, I think I was right to be patient and take it slowly, and to respect the time frames that I needed. Now, finally, I can tell you that I will be in Le Mans this weekend", said Dani Pedrosa.

Repsol Honda's test rider, Hiroshi Aoyama was the team's number two rider in place of Pedrosa and has only managed to garner five points so far. With Movistar Yamaha leading the constructor's championship battle, Repsol Honda was hoping to get its number two rider to fight for points. 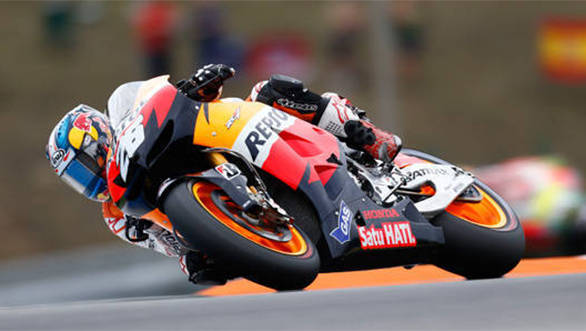 Dani Pedrosa also said, "The truth is that I'm really keen to get back on my motorbike, as I'm sure you can guess. It's not just about that, though. I'm also excited to get back to my team to work side by side with them again. They are a great bunch."