At the Brno GP in Czech Republic, Jorge Lorenzo of Movistar Yamaha managed to sweep first place on the podium after a pole position start. This puts him in a tie with teammate Valentino Rossi for the lead in the MotoGP World Championship title. However, Lorenzo gains the advantage this season by winning five races as opposed to Rossi's three. 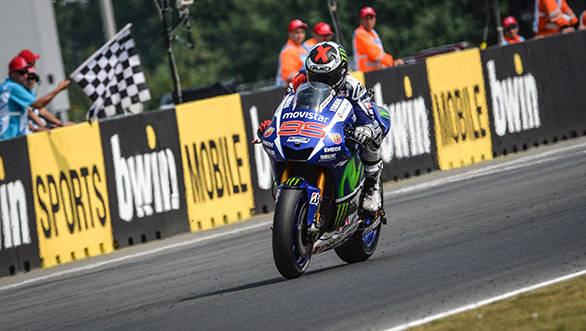 Lorenzo takes the chequered flag at the Brno GP

Right from the start, Lorenzo held the lead and although Repsol Honda's Marc Marquez matched his pace initially, Lorenzo started to pull away slowly by lap nine to finish 4.462 seconds ahead of the Honda. Rossi had a bad start and was pushed to fifth after starting third on the grid and by the time he regained his position, the race leaders were over two seconds ahead of him. He finished third behind Marquez and continued his spree of finishing on the podium, every race this season. 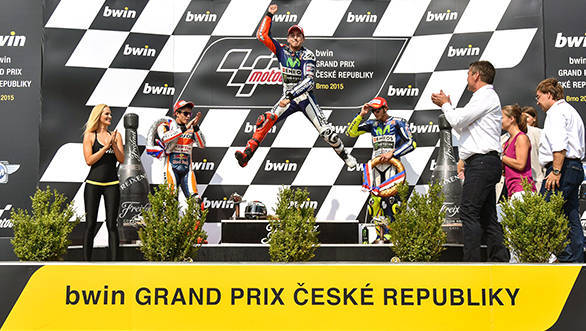 Andrea Iannone of Ducati Team finished fourth after a tough fight with teammate Andrea Dovizioso and Repsol Honda's Dani Pedrosa. Despite an injured left foot after FP2, Pedrosa managed to fight his way up from ninth on the grid to finish fifth.

The rest of this season will see a close battle between teammates Rossi and Lorenzo. A single mistake such as a crash or a step off the podium for either of them, could cost them the championship title.