Andrea Dovizioso took a thrilling victory at the 2017 Austrian MotoGP round, managing to get the best of Marc Marquez on the very last lap of the race. It was a thrilling race, with Marquez and Dovizioso sparring from the 12th lap of the race, always close to each other. The two riders even exchanged lead five times on a single lap. This allowed Dani Pedrosa to close in on them, although he couldn't challenge for victory. 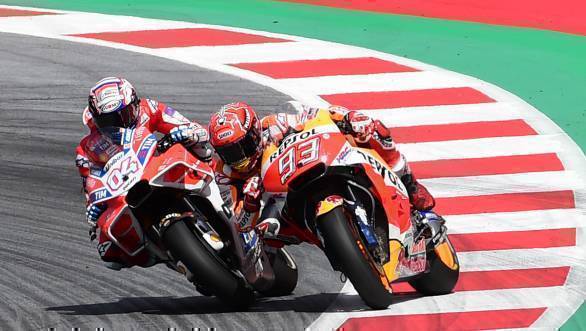 Andrea Dovizioso took a fine third win of the 2017 season, moving into second place in the championship standings.

In what was the most thrilling last lap battle in recent times, Marquez stalked Dovizioso for the entire last lap of the race. On the penultimate corner of the race, Marquez made a move, which he followed up by a more aggressive attack on the final turn. Dovizioso was able move ahead on the inside, taking back the lead, and crossing the finish line first. 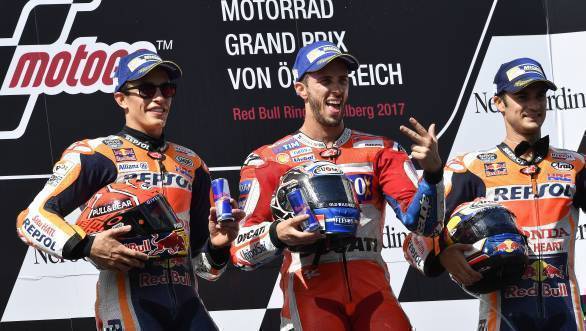 Dovi, flanked by Marquez and Pedrosa on the podium at the 2017 Austrian MotoGP

Dovi's third win of the season means that he is now second in the championship, trailing Marquez by 16 points. Vinales is currently third, 24 points adrift of Marquez, with Rossi trailing behind in fourth place.