Maverick Vinales will start the 2017 San Marino MotoGP round at Misano on pole position. The Yamaha rider, riding solo for the Japanese squad after Valentino Rossi's injury, narrowly beat out Andrea Dovizioso to the top stop of the grid. 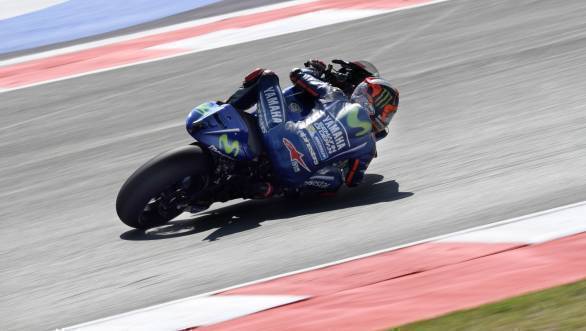 Lining up in third position on the grid, completing the front row, is Repsol Honda's defending champion Marc Marquez. It was a tough run for the Spaniard, who fell on Turn 15 on the second lap of his final run.

Dovizioso currently has a 9-point lead over Marquez in the championship.