MotoGP 2017: Pedrosa claims Sepang pole ahead of Zarco and Dovizioso

Dani Pedrosa claimed pole position at Sepang, after a close qualifying session that saw his Repsol Honda team-mate Marc Marquez fall and eventually only qualify seventh fastest. Qualifying second-fastest was Johann Zarco, while title-hopeful Andrea Dovizioso set the third fastest time. The front row of the grid was separated by a total time of 0.024 seconds. 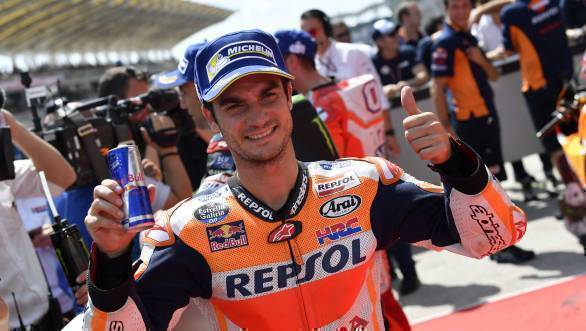 Dani Pedrosa took his first pole since Barcelona in June

The man who heads the championship standings heading into the Malaysian MotoGP race, is Marquez. The Spaniard currently holds a 33-point lead over Dovizioso. But qualifying didn't go quite as well as he'd have hoped. While Marquez managed to save a front-end slide in the final practice session of the weekend, there was no way he could prevent the fall on his opening qualifying lap. 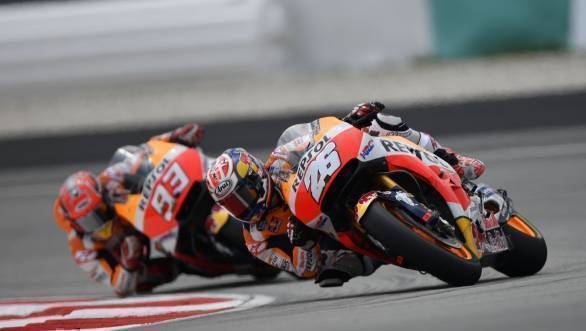 The second row of the grid sees Valentino Rossi line up in fourth, with Movistar Yamaha team-mate Maverick Vinales in fifth and Ducati's Jorge Lorenzo in sixth. Row three is occupied by Alex Rins and Andrea Iannone, who line up alongside (having qualified just behind) seventh-placed Marquez.

Cal Crutchlow set the 10th fastest time in qualifying, ahead of Jack Miller and Pol Esparagaro.