Victory at Sepang has ensured that Andrea Dovizioso has managed to keep alive his hopes of clinching the 2017 MotoGP world championship. The title battle, between Ducati's Dovizioso and Repsol Honda's Marc Marquez will now go down to the season finale at Valencia. 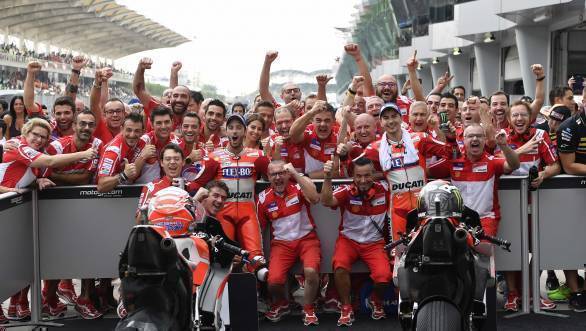 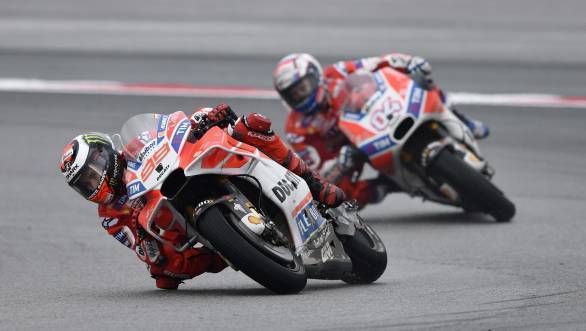 While Marquez moved into the race lead from the third row of the grid at the start of the race, he ran wide at the first corner, after which it was Zarco in the lead. Marquez briefly held second place, but he was soon overhauled by Dovi's team-mate Jorge Lorenzo.

Dovi, who had qualified third, was at that point down in fourth position, behind Marquez. He then set about following Marquez closely, before making his move on him at the end of the fourth lap. However, the move didn't go as planned, with Dovi running wide, and Marquez keeping third place. 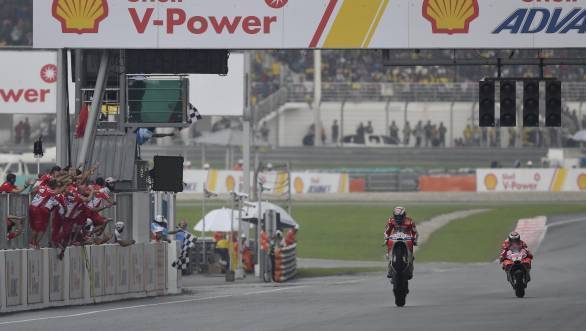 Dovi, however, then made another move, this time successfully. Meanwhile, Lorenzo moved into the race lead, pushing Zarco down to second. The Frenchman then fell victim to the Ducati rider who was coming up from behind him.

While Lorenzo led, it was Dovi in second place now, requiring a victory in order to keep alive his title hopes. Lorenzo appeared to have a moment at Turn 15, allowing Dovi through. Dovi then proceeded to lead the race, crossing the finish line ahead of his team-mate by 0.7 seconds. Zarco finished ten seconds behind in third. While Marquez was 17.7 seconds behind Dovi in fourth. Pedrosa took fifth place. 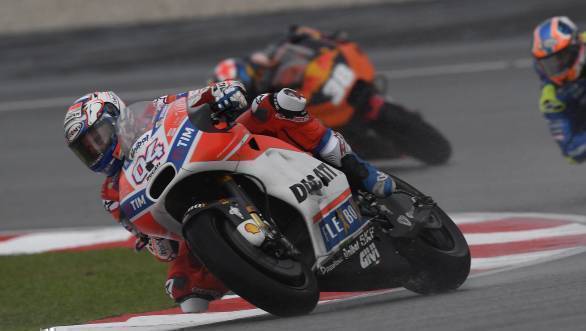