Repsol Honda's Marc Marquez took a commanding win at the 2019 Czech GP in Brno. The Spanish rider took his sixth MotoGP win of the season, finishing ahead of Ducati's Andrea Dovizioso. Third place went to Jack Miller. Marquez's win has resulted in him leading the championship standings by 63 points ahead of the upcoming Austrian GP. 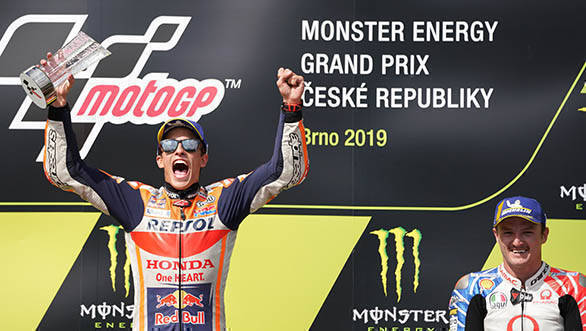 The Czech GP didn't get off to a smooth start. Rain meant that the race was delayed by 40 minutes, since two corners of the track were wet, while other parts of the track remained dry. When the lights finally went out, it was Marquez who shot into the lead from pole position. He remained at the head of the order through the race, not really threatened by the chasing riders. 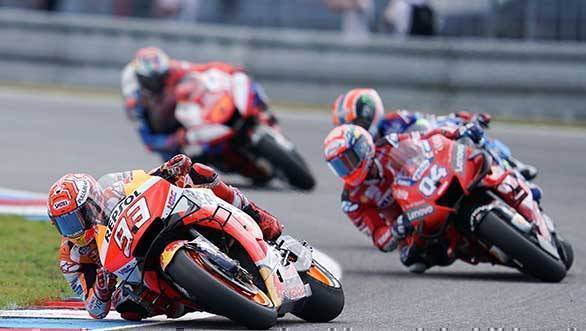 Dovizioso managed to take second place, his first podium finish since Mugello. Third place seemed likely to go to Suzuki's Alex Rins, who unfortunately had to deal with a fading rear tyre on his Suzuki over the last few laps of the race. This meant that the door was left open for Jack Miller, who made his attack on the penultimate lap of the race, allowing him to take his second MotoGP podium of the 2019 season.

Rins managed to finish fourth, holding off Cal Crutchlow, who ended the race fifth. It was a good result for the LCR Honda rider, who had started the race in 11th place. 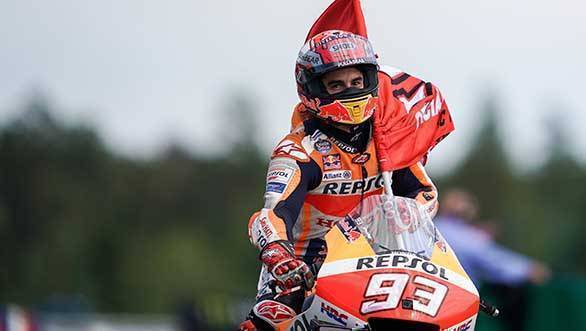 Takaaki Nakagami took LCR to ninth place, while Yamaha's Maverick Vinales only managed tenth place, after a bad start saw him drop down to 15th in the opening stages of the race. Crossing the line 11th was Pol Espargaro, while Francesco Bagnaia took 12th ahead of Miguel Oliveira in 13th. Meanwhile 14th place went to KTM rider Johann Zarco, who started from the front row of the grid, crashed, remounted, and finished with two points. Stefan Bradl, subbing for Jorge Lorenzo, took the final point of the race.