MotoGP 2020: Full calendar of racing on the cards despite multiple races being rescheduled

MotoGP boss, Carmelo Ezpeleta, says that the 2020 world championship will run a full season despite the Coronavirus pandemic.

The MotoGP organisers cancelled the premier class of the season-opening race at Qatar due to a travel ban on anyone who'd spent time in Italy during the two weeks leading up to the grand prix. Moto2 and Moto3 races continued as scheduled, since all the riders were already at the Losail track for pre-season testing. 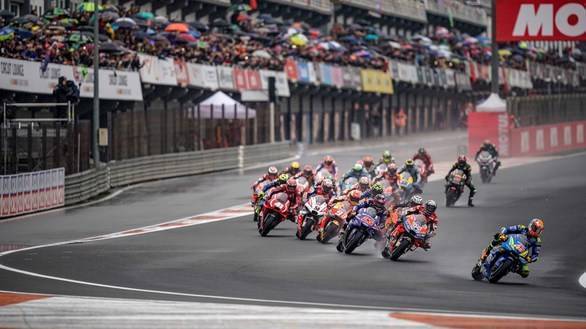 Soon after that, the calendar saw further alterations. The races in Thailand, the US, and Argentina were postponed.

The first premier class race, and the next round of the MotoGP championship, is now set to be the Spanish Grand Prix at Jerez between May 1 and 3.

While the missed premier-class race of Qatar hasn't been slotted in anywhere else, the rest of the races are scheduled to run according to the new calendar. In the meanwhile, Ezpeleta has stated that officials are aware that further calendar changes might be needed, and if this is the case, races will be rescheduled, and a full season will run even if it means the racing continues till December or beyond.

Round 2  3 May  Jerez  Circuito de Jerez

Round 18  15 November Americas  Circuit of the Americas

*Only Moto2 and Moto3