Starting the 2018 season, it will be compulsory, in all classes within the FIM MotoGP World Championship, for riders' race suits to feature airbag systems. The suits with these airbag systems must be worn in every session, by every permanent rider, and must be functional on track at all times. Wildcard riders and replacement riders are exempt for the first two events that they are competing in, after which they will need to use suits that are of the same specification as hose of permanent riders. 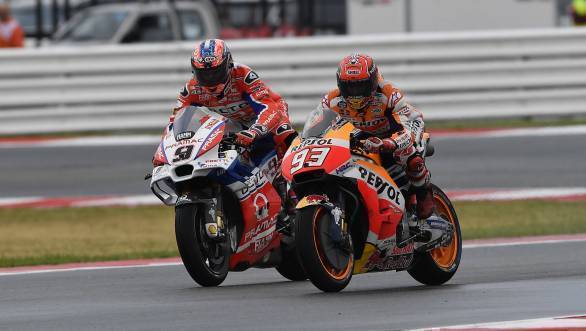 The rules specify that the airbag should cover and protect at least the shoulders and the collarbone. Full, or central, back protection is meant to be optional. However should a manufacturer choose to offer back protection, it's meant to cover the whole spine. Changes are allowed, based on the specifications of each system, and the measurements of each rider.