MotoGP: Danilo Petrucci to partner Andrea Dovizioso at Ducati in 2019

Ducati has confirmed that Danilo Petrucci will compete for the Italian team's factory squad, replacing Jorge Lorenzo at the team starting 2019. Lorenzo will move to Repsol Honda, where he will partner Marc Marquez.

At the moment, it is understood that Petrucci has a one-year deal at Ducati, only for the 2019 season. He will partner Andrea Dovizioso at the squad, and, subject to performance, his contract might be renewed after the year is up. 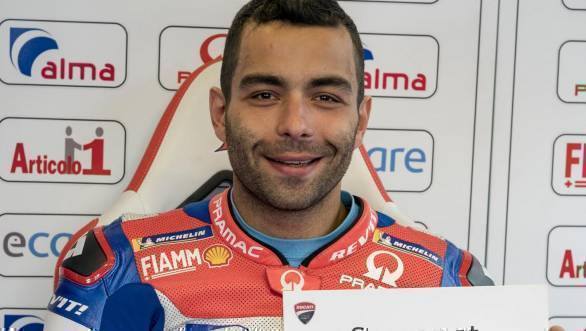 Petrucci has been with the Pramac Ducati satellite team for the past four seasons, and was competing with his team-mate Jack Miller for a spot with the factory team.

"It goes without saying that for me, being part of the factory team is a dream come true," said Danilo Petrucci in a press release issued by Ducati. "It's a great honour to become an official rider for the Ducati Team, especially for someone like me who started in Ducati as a production motorcycle test rider. First of all I would like to thank Paolo Campinoti and Francesco Guidotti, who gave me the chance four years ago to race on a Ducati for the Pramac Racing Team. Without them all this would not have been possible. I also want to thank the managers of Ducati and Ducati Corse - Claudio Domenicali, Gigi Dall'Igna and Paolo Ciabatti - who appreciated me first as a person and then as a rider and I really can't wait to start this new adventure in the factory team. Now all I want to do is to finish the year in the top five in the standings and then start the new season with the Ducati Team."