Brazilian driver Felipe Drugovich has been crowned the 2017 MRF Challenge Champion at the Madras Motor Race Track (MMRT) in Chennai. The 17-year old only managed to claim third and sixth place in the first two races of the championship, but it was enough to seal the championship title.

Winning Race 1 was Rinus van Kalmthout, who finished ahead of Presley Martono and Drugovich. Victory in the second race went to Martono, ahead of van Kalmthout and Danial Frost. 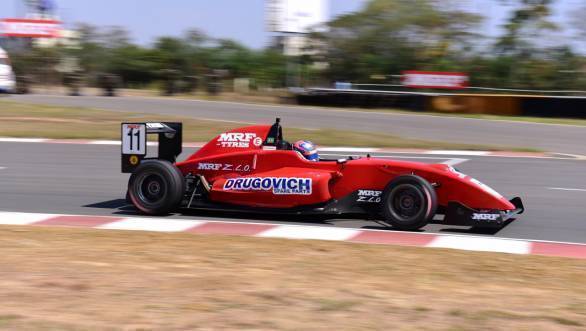 Other than the fact that the championship title was sealed, with two races to spare, a new lap record was set at the MMRT. van Kalmthout became the first ever driver to break the 1min 30sec barrier, with a lap record of 1min 29.967sec. 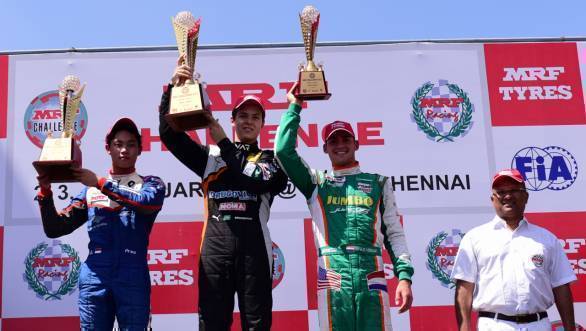 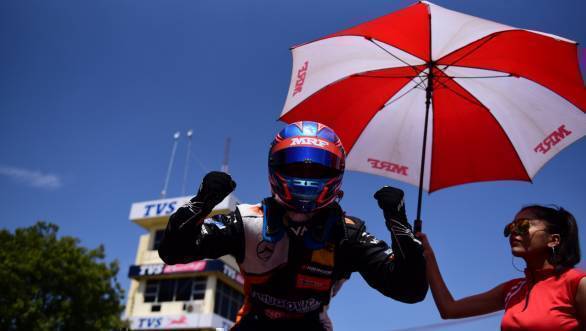 Things got even better for the newly crowned champion as he went onto win the remaining two races of the weekend, ending his season on a high.