MV Agusta India has launched the Brutale 1090 in India at Rs 19.3 lakh (ex-Pune). Customers can book the bike on www.motoroyale.in (an iniatiatve by the Kinetic group) and the company promises delivery in the next 20 days if you are amongst the first ten customers to book the Brutale 1090. 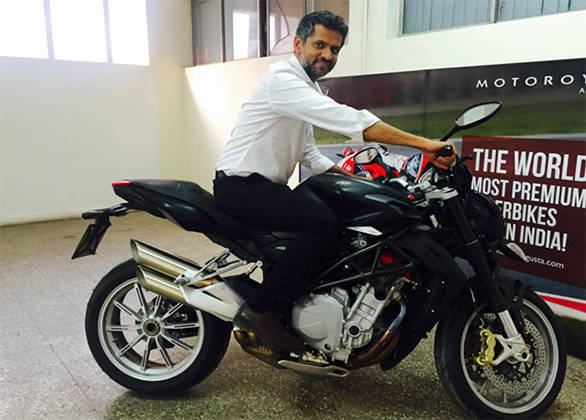 The MV Agusta Brutale 1090 has a 1078cc, liquid cooled, inline-four, 16-valve engine that develops 144PS and 112Nm of torque. The claimed top speed is 265kmph. The motorcycle weighs 183kgs and has a fuel tank capacity of 23 litres. MV Agusta has loaded the Brutale 1090 with a host of electronics such as an eight level traction control system and a two step ABS.

Speaking at the launch, Ajinkya Firodia, managing director, MV Agusta India, said "We have been overwhelmed with the response to the MVAgusta Product line ever since we made our announcement a couple of months ago. We have about six showrooms opening up in major cities in the north, south and west of India. But since we launched our Facebook page (MVAgusta India) and our website, we have received over 100 enquiries asking for deliveries of the motorcycles. Hence we have already started accepting bookings of these bikes as our network is already on its way. We would like to deliver the motorcycles in a grand manner with our showroom launches."

The MV Agusta Brutale 1090 will be available in India with a choice of two colours, matte black and matte white. Watch this space for the road test.