MV Agusta will start the production of the Rush 1000 in June at its manufacturing facility in Varese, Italy and the production will be limited to only 300 units. The Rush 1000 is powered by a 998cc in-line, four-cylinder engine that pushes an insane 210PS of power and pulls 116.5Nm of torque.

Customers also have the option to opt for the race-spec version that bumps the power output to 214PS while the torque numbers remain the same. The bike weighs just 186kg and delivers 210PS of power, which translates to an insane power to weight ratio. The company claims a top speed of more than 300kmph. 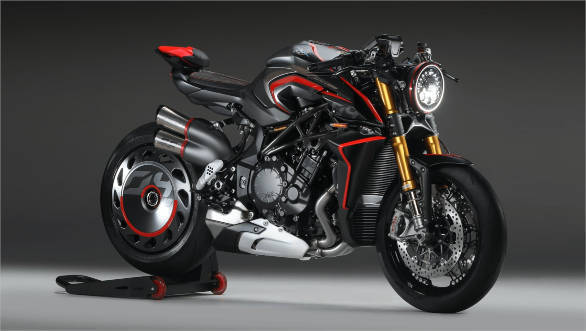 The Rush 1000 does not miss out on the electronic nannies, it gets a launch control system, wheelie control, bi-directional quickshifter and eight levels of traction control. Damping duties are done by fully adjustable electronic units by Ohlins and braking is done by Brembo Stylema calipers linked to Bosch 9 Plus Race ABS with rear-wheel lift mitigation. 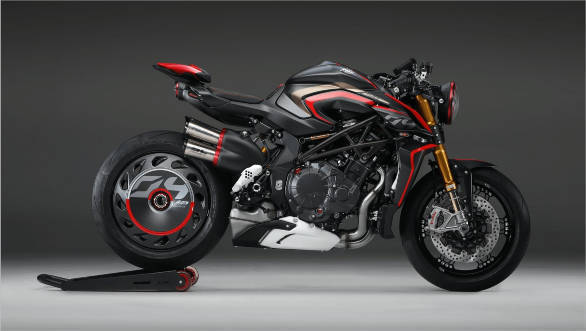 The bike borrows the engine, transmission and chassis from the Brutale 1000RR. The bike commands road presence with the exposed rear wheel, and the neatly designed twin tailpipes that add to naked brawler look. The front spoke wheels and the design of the headlamp cluster accents the raw look of the bike.

The MV Agusta Rush 1000 costs 34,000 euros which is roughly Rs 28.16 lakh. But the bike is a Euro 4 model and that means your chances of throwing a leg over this mean machine in India are highly unlikely.