It's a packed month ahead for all motorsport enthusiasts in the country - what with all the race weekends lined up one after the other (and let's not forget the week long Dakshin Dare). So get your planners out so we can walk you through your domestic motorsport schedule this month. 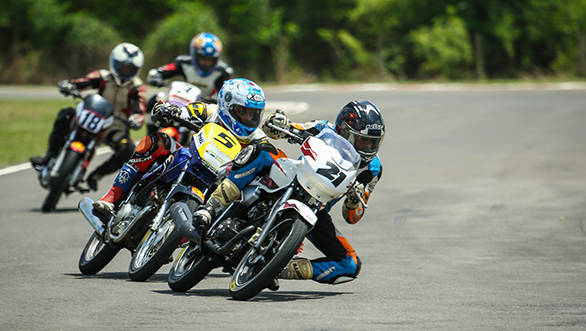 The MMSC-FMSCI National Motorcycle Racing Championship sets the ball rolling this August, with Round 3 for Group C and Group D categories slotted for August 1 to 3 at the Madras Motor Race Track. The MMSC One-Make Championships of Honda, TVS and Yamaha will be held this same weekend. And be ready to call in sick for the five days and 200okm of rallying from Bangalore to Goa - the Maruti Suzuki Dakshin Dare, organised by Bangalore-based Motorsport Inc, will be held between August 3-9.

The next weekend, that is August 16-17, head back to Bangalore for the third FMSCI-Indian National TSD Rally Championship. Former national champions, Satish Gopalkrishnan and Savera D'Souza will be looking to continue their winning streak after bagging first place in the Overall and Expert classes in the first two rounds in Chikmaglur and Jaipur.

The action then moves again to Chennai with the super double at MMRC, alongside the third round of the MRF MoGrip- FMSCI National Supercross Championship and Round 4 of the MMSC-FMSCI National Racing Championship between Aug 22 and 24.  And then, Kari Motor Speedway in Coimbatore will be witness to the first two rounds of the FMSCI-Indian National Drag Racing slotted for August 28-31.

And it's not a wrap just yet - there is also the Solo Challenge (Rally Sprint) from August 30-31, up north at Chandigarh. Keep watching this space as we keep you updated on the who's who and what's what of the thrill, adrenaline rush and everything else that is motorsport.