The new Land Cruiser Prado is now in India. Toyota Kirloskar Motors has launched the latest version of the luxury SUV at a price of Rs 84.87 lakh (ex-showroom New Delhi). 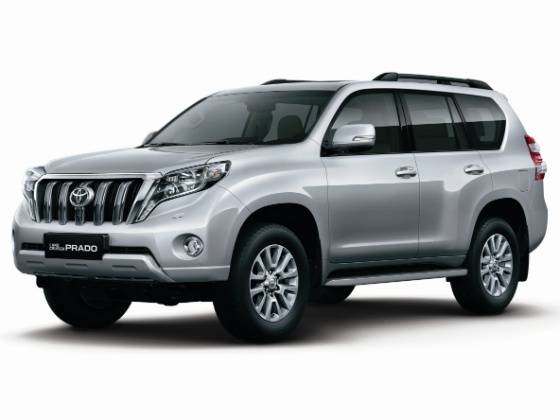 In addition the luxury SUV has also been bestowed with the crawl control feature that will assist the driver by controlling acceleration and braking on poor surfaces. A multi-terrain selector for various terrains and a monitor for clear view of the surroundings are part of the new package as well. The engine at 3.0 litre, delivering 173bhp of power and the 5-speed gearbox are the same as found in the previous edition of the SUV.

Toyota Kirloskar Motors is confident that the Prado will be very well received by the customers. At the launch, Sandeep Singh, DMD & COO, Toyota Kirloskar Motor stated that the response to the Prado badge has been very good ever since it made its debut in India in 2004. "Owing to its Land Cruiser heritage, the Prado has earned its name as an all terrain luxury SUV and appeals not only to SUV buyers but also to buyers of other luxury car segments alike. A perfect combination of maneuverability and interior luxury, we are certain that the Indian customers will experience superior comfort and luxury while driving the New Prado," he added.

For those who are keen on getting their mitts on this rather gargantuan symbol of opulence, the new bookings for the new Prado has begun.