New Fiat Panda Cross to debut at Geneva, to be launched in UK later this year

The new Fiat Panda Cross will be unveiled at the upcoming Geneva Motor Show. It is said to have better performance off the beaten path thanks to its higher ground clearance than the regular Panda hatchback and more features.

The new design makes the Panda Cross look a proper rugged off-road vehicle. The front gets new headlights with fog lamps just below them. Then there is a perforated skid plate, with integrated LED DRLs finished in titanium colour. The wheels are 15-inch alloys with five spoke design getting a metal finish. The wheel arches are flared up to give it a muscular look. The side mouldings bear the Cross badge and are finished in a shade of titanium similar to the roof rails. The rear bumper gets a skid plate with under body protection, tow hooks finished in red, chrome tail pipe and tail light assembly located high beside the tailgate. 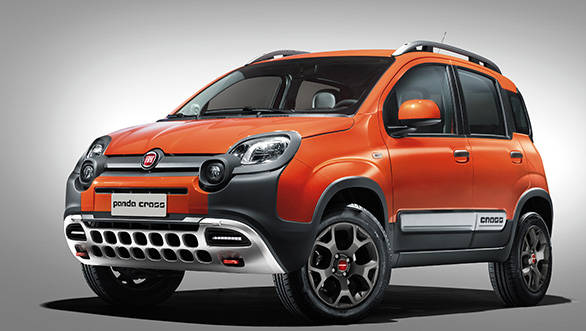 Inside the standard features include automatic climate control, electric door mirrors, height adjustable driver seat, leather trimmed steering wheel, gear knob and a remote control for the audio. Exclusive to the Cross is the dashboard done in copper like finish, fabric or eco-leather upholstery and a new Terrain Control selector. The Terrain Control selector has three modes auto, lock and hill descent.

Two engines- a petrol and diesel will be on offer with start/stop function as standard. The petrol is a 900cc TwinAir Turbo producing 91PS at 5500rpm and 145Nm of torque between 1900-3000rpm. If you switch to 'Eco' mode the torque output comes down to 100Nm at 2000rpm. The engine is claimed to have a fuel efficiency of 24.4km/litre and CO2 emission figure of 114g/km. Power transmission takes place through a six-speed manual which has a first gear ratio specially engineered to give better off-road performance. Systems such as ELD (Electronic locking differential) and ESC (Electronic stability control) boost the vehicle's off-road credentials. 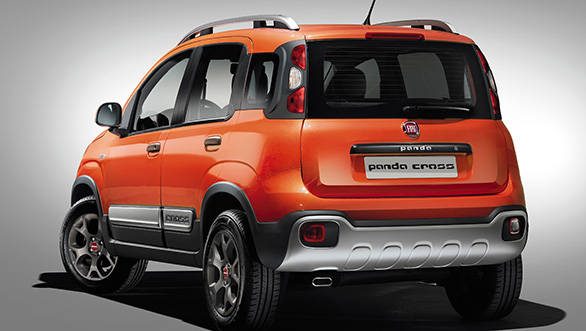 The car is expected to be launched during autumn in the UK and prices will be announced then. Closer home, Fiat will launch the Punto Avventura in the later half of 2014.