A move which is likely good news for the ever fuel conscious Indian vehicle owner, the Indian government has sent notice regarding minimum fuel efficiency norms for passenger vehicles.

The norms which are the brain child of Bureau of Energy Efficiency (BEE) mention that passenger vehicles must have a mileage increase of 14 percent by 2016-2017 and a increase of 38 per cent by 2021-2022. The ministry of road transport and highways will be the agency responsible for implementing these norms and will also levy harsh penalties if violations are found. This benchmark will rank India among the likes of U.S, Germany, Japan and China which also enforce the same regulations. 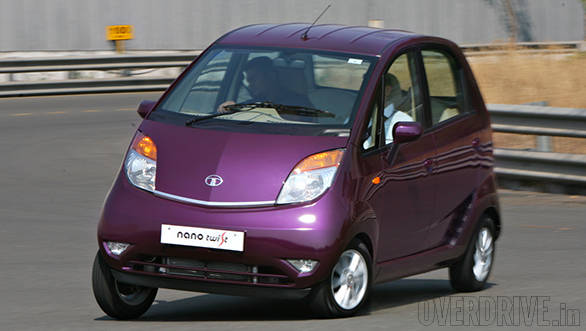 The Nano is currently India's most fuel efficient petrol car

The new norms christened 'Corporate Average Fuel Consumption' standard will be applicable on passenger and imported vehicles running on all types of fuel- petrol, diesel and gas. The standards will stipulate the consumption of fuel on the total vehicles manufactured and not on the number of models. This rule if implemented is expected to save India about 20 million tonne of fuel ten years from today.

Another factor in the calculation of fuel consumption will be the vehicle's weight and based on this factor eight different categories have been proposed.

Currently passenger vehicles in India average 16km/litre, according to the new norms the average fuel efficiency by 2016-17 should be 18.2 km/litre and 22km/litre by 2021-22.

The BEE has also proposed a star based labeling system, in which models will be ranked between 1 to 5 stars depending on their fuel efficiency. This system if implemented will be similar to the star rating system seen in power saving household appliances.

Reacting to this development , SIAM (Society of Indian automobile manufacturers) has said that, it will be difficult for the manufacturers to comply with these norms and they will incur huge investments.

Industry experts have unanimously stated that, complying with these norms is very difficult and will require a trade-off with the safety as also the cost of the cars. The safety aspect is a topic which is already gathering storm, because of the recent failure of top selling hatchbacks in a safety test conducted by NCAP.