New-gen BMW S 1000 R in works, could get major updates

BMW Motorrad is working on its super naked the S 1000 R that could arrive in the international markets later this year. While there is no confirmation on this from the company, the latest set of spied images that shows the 2021 BMW S 1000 R being tasted in full glory lets us believe that. From the images, it can be seen that the design has been updated along with the features list. But most importantly, it will be powered by the in-line four motor from the S 1000 RR supersport machine. 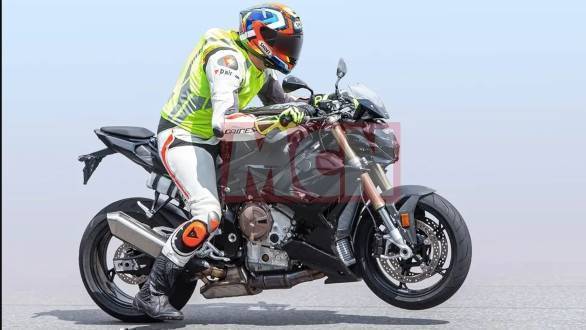 The model year 2017 BMW S 1000 R came with a 165PS making in-line four, again from the S 1000 R back then. However, the upcoming model is expected to make more power close to 175PS, again courtesy of the new 999cc from the new-gen S 1000 RR. BMW's latest trickery in the engine, the Shift Cam paid serious dividends in the S 1000 RR by making it more powerful than its predecessor and also offers a crisper response. When BMW plonked the same heart in its sports tourer, the S 1000 XR which is expected to be launched shortly in the country, it ditched the Shift Cam as its state of tune and an enthusiastic top end performance was not a priority. It has to be seen if BMW uses the same theory in the S 1000 R naked or goes all bonkers by throwing all the goodies from the supersport into the super naked. 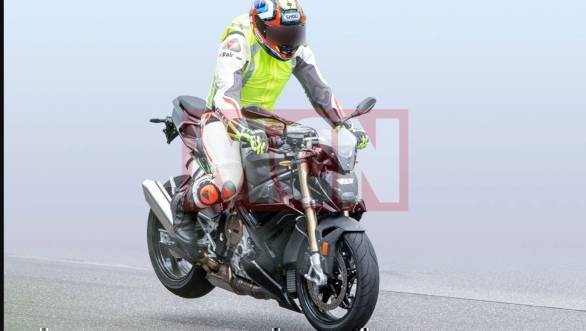 Now referring to the headline, since the engine will be all-new, BMW will position it in an all-new frame that could be lighter than before. Further, the suspension setup is also said to be all-new. The test rider, as seen in the pictures, was clearly having fun trying to pull out a stoppie and a wheelie, sure a part of his tests. And it is not just the all-new engine but also the entire suite of electronics which will make its way into the new-gen S 1000 R that should make it a proper performance-spec machine for both track and street use. Also, BMW could be adding winglets as seen on the test bike to make sure with all the performance, the front sticks to the ground and there is maximum traction. 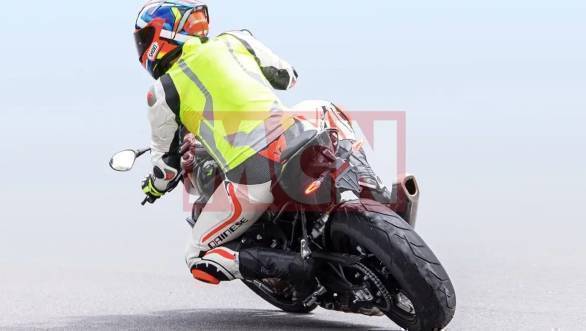 In terms of styling, the bike on test featured a different design of headlight unit compared to its traditional asymmetric design. Further, it gets latest TFT instrumentation from the S1000XR which will offer Bluetooth connectivity. The features list is also expected to include heated grips, cruise control and navigation.