Suzuki is all set to reveal its new compact SUV iV-4 concept at the 65th Frankfurt Motor Show to be held in September. In the teaser images released by Suzuki, the iV-4 looks quite similar to the Maruti XA-Alpha showcased at the Auto Expo 2012. 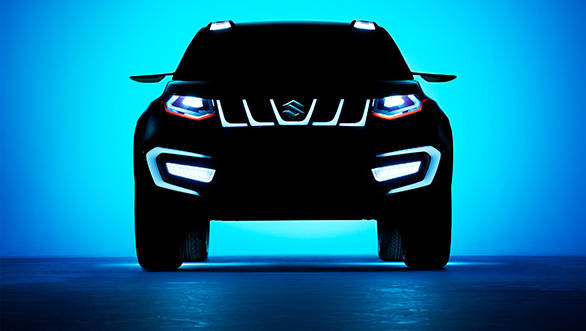 While retaining the basic silhouette of the Maruti, the iV-4 looks closer to a production SUV

Suzuki plans to debut the SUV in India to take on the likes of the EcoSport, Duster and Quanto. But while retaining the basic silhouette of the Maruti, the iV-4 looks more like a production model than the concept shown at the Auto Expo in New Delhi.

This is evident from the two door handles as opposed to the single suicide door on the XA and the Evoque-like overhang at the rear. The alloys, it seems, have been retained from the Maruti concept. Does the 4 in the iV-4 indicate an all-wheel drive format? Only time will tell. It will be interesting to see if the Japanese car maker offers it in India. 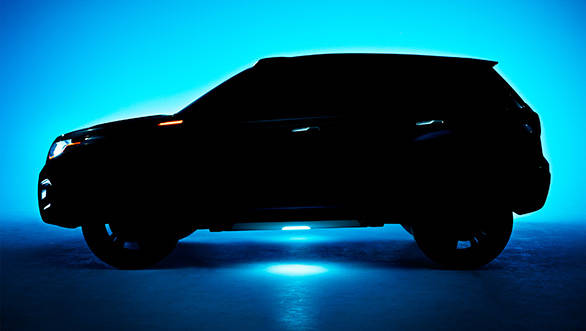 Short overhangs should be useful off-road. But will we see AWD?

The teaser images also give a glimpse of several interesting features such as a front grille with five slats, a clam-shelled bonnet, thin side mirrors, which most probably wouldn't make it to production, and what look like roof-mounted lamps.