News analysis: KTM 390 Adventure spy shots - what do they promise? 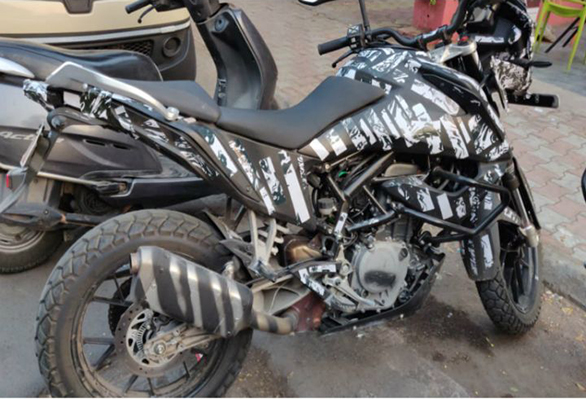 Is that adjustable suspension?

While the top and bottom of the rear monoshock is obscured in both of the spy shots, the top of the forks shows a tall red nubbin sticking out. But the bottom of the fork shows no screws or adjusters of any kind. To us, that means that the front USD forks might have preload adjustment. They will also have longer travel - and you can see that at rest, the stanchions are quite a bit longer than a 390 Duke.

Usually, a preload adjuster on the front fork signals the ability to adjust preload and rebound on the rear but from what I can see, the clearance between the end of the rear spring and its mount isn't enough for a rebound clicker. My bet? Longer travel at both ends, softer damping and preload adjustability at both ends. This isn't a significant upgrade mechanically from the 390 Duke perhaps, but the change in feel and capability will be dynamic.

The first KTM 390 Adventure project - which got shelved - is rumoured to have run into a simple problem that's very hard to solve. The stock KTM frame created an unreasonable seat height once the ground clearance requirement was resolved. If you look closer at the trellis frame and the seat above it, you will notice that the frame isn't identical to the KTM 390's although the rear subframe - obviously completely new - is bolted on just like on the current 390, both RC and Duke.

Now, KTM doesn't need to change the main spar or the truss below it. But the surprise is that the top triangulated structure looks the same as well. So I have to assume that KTM updated the new 2017 chassis (shared between Duke and RC with different subframes) enough to allow the clearance-seat height trade-off to be right. Because that's a full seat. It looks thickly padded and flat - both segment requirements. What segment? I'll come to it. 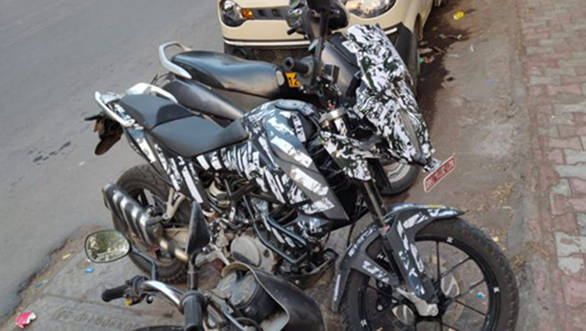 Yes, but it sits at a new angle. The chain angle and the swingarm angle are both crucial to the nature of the handling package and this one visually looks very different to the Duke. Also, the front-end looks a little more raked out but not too much. It could be that a small change in angle and the increase in fork travel (and hence ride height) is enough to give KTM the longer wheelbase and trail they need for this application.

The front-end is, erm, dramatic. The KTM headlight is uniquely melancholy and the addition of that big screen doesn't make it much prettier. The little deflectors on the forks behind the headlight are odd, I can't imagine what function they might be serving. But from the rear image, you can see that they hide a fairing stay - the headlight doesn't turn with the wheel.

But notice the side of the tank where your knees will go and the front of the side panel under the seat. They're almost completely flat. That's a sign of a motorcycle that is meant to be stood and ridden. Note the serrated footpegs with the rubber tops. These work off-road, of course, but are also good for touring.

And finally, notice the bashplate. It looks like metal, extends all the way to the back, another sign of off-road ability. 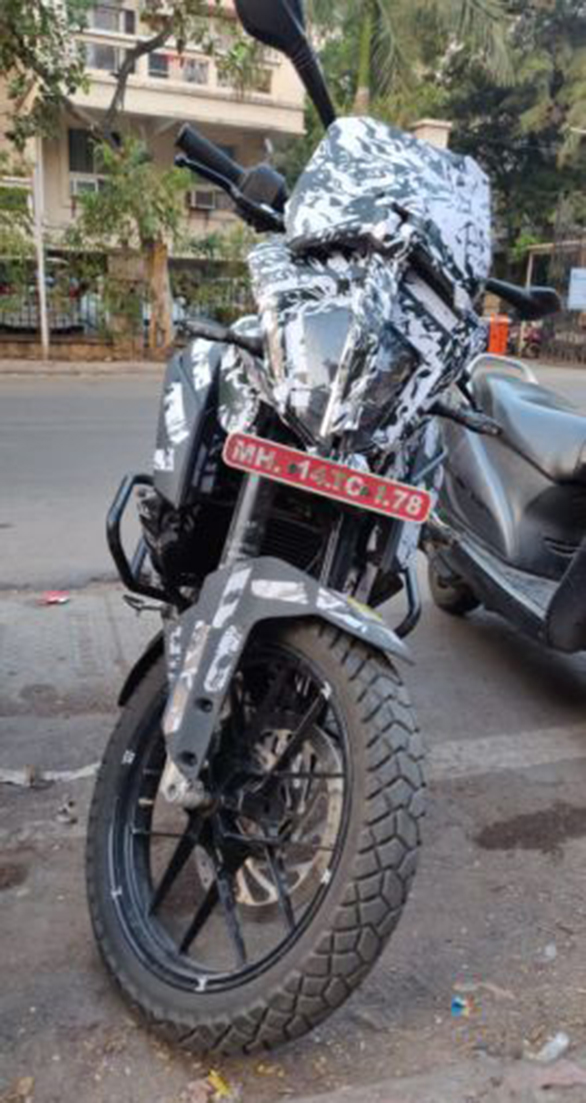 So then where are the spoked wheels?

Here's the thing. KTM officials I've met over the years refer to the 390 Adventure as a tour-enduro, not an off-road motorcycle. That means a motorcycle which will handle light-duty off-road work but be designed more for touring than off-roading.

And that is evident in the spy shots too. The front tyre, for instance, is a high profile, block-treaded design. Most likely a Metzeler Tourance. It does sit on an alloy rim, a 19" by my reckoning. The rear will be a 17" with matched tyres. That's a solid touring and light-duty off-road motorcycle. It's a size format used by many motorcycles that approach the same role - from the Ducati Multistrada 950 to the Triumph Tiger XR.

So this isn't an off-roader? It's a KTM, so you can be sure that whatever off-roading it is capable of, it will do sharply and crisply. But is this an off-roader? No, this looks like the exact touring motorcycle that we've all been looking for. Just look at the length from the beginning of the pillion seat to the top of the bike. All that will host pillion and or luggage. I don't remember seeing anything else with that kind of space.

The specification doesn't look outrageously different from the KTM 390 Duke and inasmuch, this motorcycle should fall Rs 25-30,000 higher ex-showroom. It will have the same ride-by-wire but I expect to see either a change in tune to offer still more low-end grunt (my bet), or a significant change of gearing for either the lower two gears, or in the final drive ratio (front and rear sprockets).

The prototype looks complete. Very few bits on this look like they're not final validation aggregates and that whole indicate that KTM India will launch this around April to June 2019 - which as we have said before, is their usual launch slot for the 390 series. Exciting times!