The next-generation Mercedes-Benz GLS SUV has been spotted testing at the Nurburgring in Germany. The vehicle spotted at the circuit appears to have been heavily clad with camouflage. Reports suggest that the new GLS luxury SUV will make its public debut towards the end of 2018. The third generation gargantuan SUV will come underpinned by the Modular High Architecture (MHA) platform, which has also been adapted to the second-generation GLE SUV. The 2019 Mercedes-Benz GLS is reported to be sharing many parts including engines, features, and technology with the flagship S-Class sedan. Reports suggest that the new GLS will also share the same level of autonomous driving tech as the S-Class. 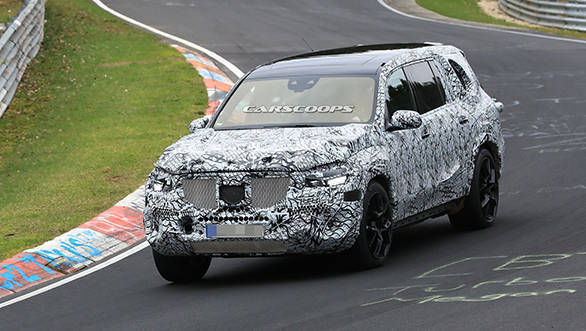 The third-generation Mercedes-Benz GLS, codenamed X167, sports a long, boxy body that will offer good amounts of space between its three rows of seats for the ultimate luxury. With engines also reported to being shared with the S-Class, you can expect to see it powered by turbocharged six-cylinder petrol and diesel, an eight-cylinder petrol engine, as well as a plug-in hybrid system. 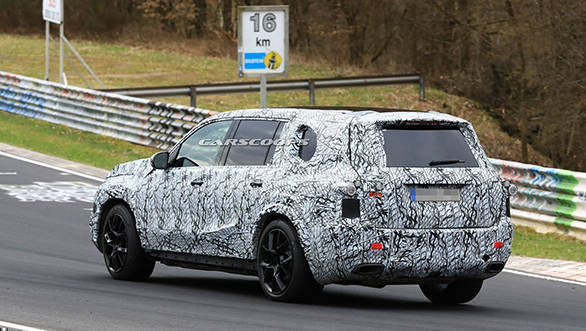 There is also a 48-volt mild-hybrid system in the works which could be introduced at a later date. The most powerful version, however, will be the GLS 63 powered by the same 4.0-litre twin-turbo V8 engine as the Mercedes-AMG S 63. 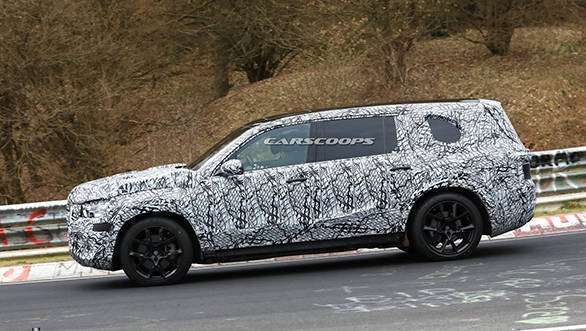 In terms of autonomous features, the Mercedes-Benz GLS will feature the Active Steer Assist System. This combined with the Distronic Active Proximity Control will help the car accelerate and brake on its own and even allow it to steer autonomously for periods of nearly 30 seconds.