Porsche has started testing its next-generation 911 that is being developed under the code name '992'. From the looks of it, Porsche is making sure the next-gen 911 is even faster and more radical than its present form as the test car has been caught doing laps around the famous Nurburgring track. This is in addition to its cold testing rounds in Northern Europe. 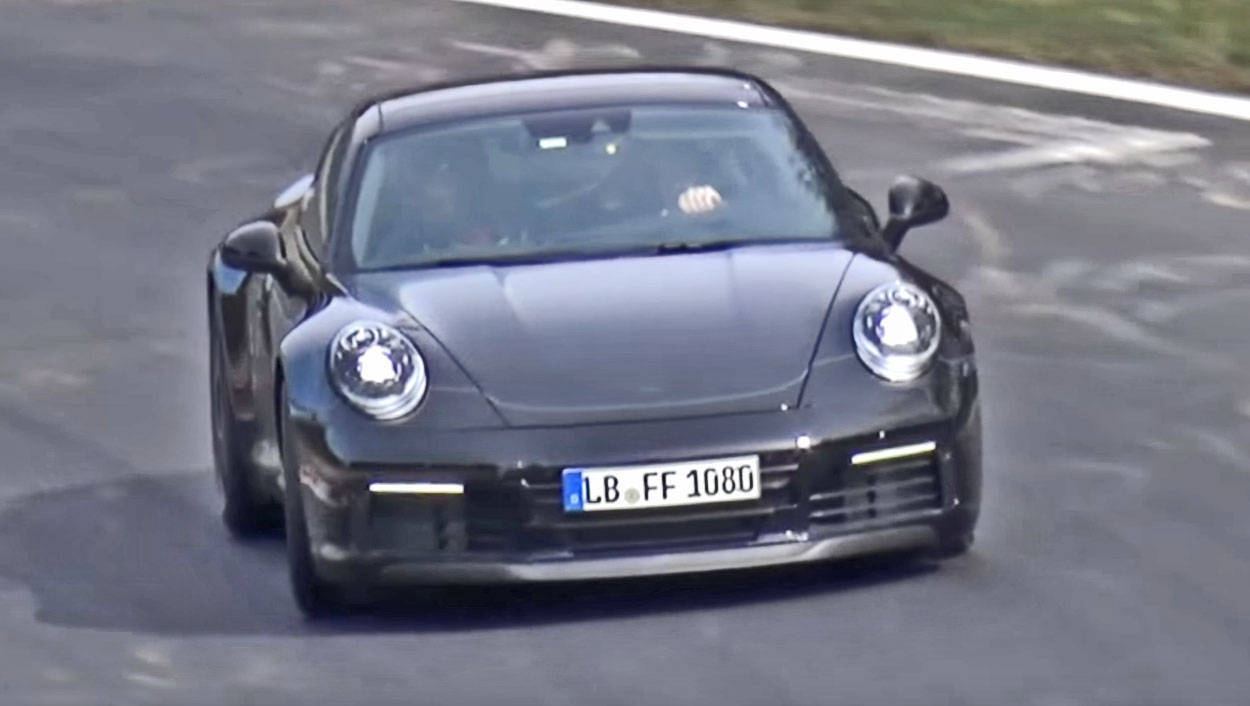 The most evident bit is its increased width

The most evident bit that can be seen from the test car is its increased width. We aren't sure if the new-gen Porsche 911 will be a wider car or if this particular model sports a wider body kit - something that we need to wait until images of the production-ready model are revealed. While the front and the side aren't visually too different, unless Porsche has neatly camouflaged the changes, the rear profile sees a few important changes. The long LED taillight strip, which flows along the width of the car, looks directly out of some science-fiction movies and it might make it to the production version. Then is the wide-body active spoiler which hits at better aerodynamics along with additional downforce to keep the supercar grounded. Is Porsche pulling a fast one on the spy photographers? We hope not. And lastly, the new exhaust pipes, which have been placed closer to the centre, along with large outlets carved on the bumper. 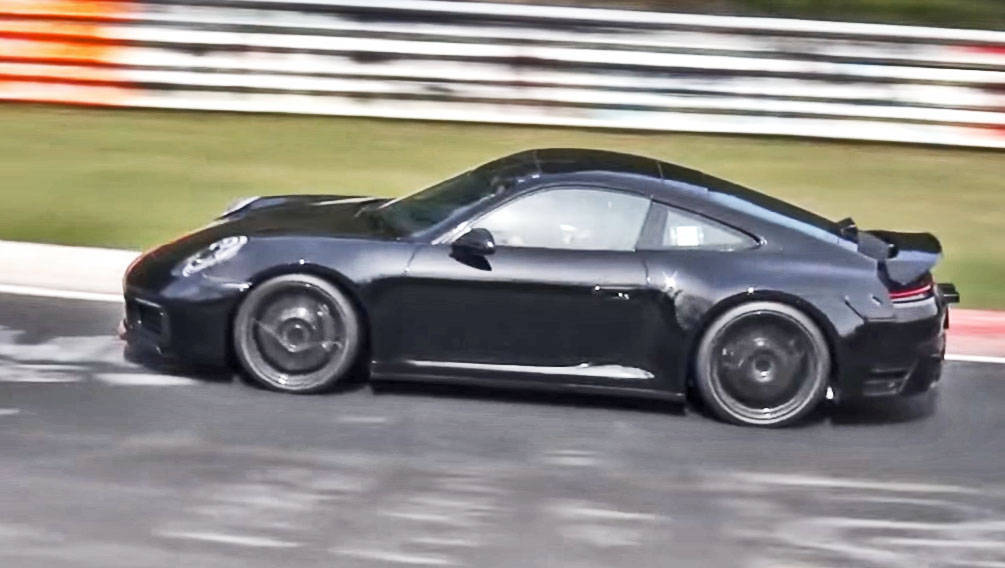 The side isn't visually too different, at least in the test car

Underpinning the new-gen Porsche 911 will be the brand's new modular platform that also makes way into the third-generation R8 along with other Porsche models like the Boxster and Cayman. It is also reported that Lamborghini might be developing a model based on the same platform. The engine options are also expected to receive an update with more powerful iterations. There have been reports about a hybrid 911 based on the Mission E concept, but the German supercar manufacturer doesn't seem to be too keen to develop a leaner version of the 911 as of now. 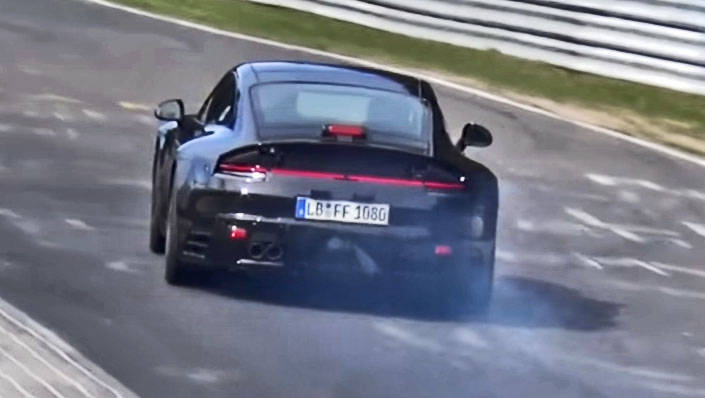