They say it pays to think outside the box, but for Nissan the bold move of competing with the GT-R LM racecar didn't have the heroic results the company had hoped for. After a poor showing at Le Mans earlier this year, Nissan has shelved plans to race with the radical but ultimately underperforming GT-R LM Nismo. The company will not be running in the LMP1 category in the FIA World Endurance championship next year, including at the iconic annual 24 Hours of Le Mans race.

Where most of the competitors have mid-rear mounted hybrid powertrain primarily powering the rear wheels the GT-R LM switched things up with a front-engine, front-wheel-drive layout. The car was far from successful at the 2015 edition of Le Mans. All three entrants failed to finish and their best lap times were about 20s off the times set by the front-runners. 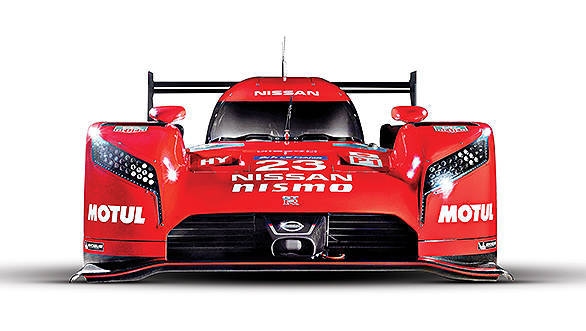 Nissan immediately put the entire program under review and then, in early October, they announced that they would be racing the GT-R LM in 2016. However it now looks like the company has not been able to get the platform competitive enough and has decided the best course of action will be to shelve the project.

Nissan says its commitment to motorsports will remain strong and the Japanese firm will continue to be involved in both the LMP2 and LMP3 categories as well as the GT3 category in the Blancpain Endurance series.