Last month, Nissan India revealed images of the Magnite SUV concept that is expected to be launched in the country early next year. The Japanese carmaker has now released images of the interior, showcasing the cabin design and also hinting at the features that one can expect in Nissan's upcoming sub-4m SUV. The Magnite SUV will be the most important offering for Nissan as we have learnt that the company has devoted all its energies to this project in India. 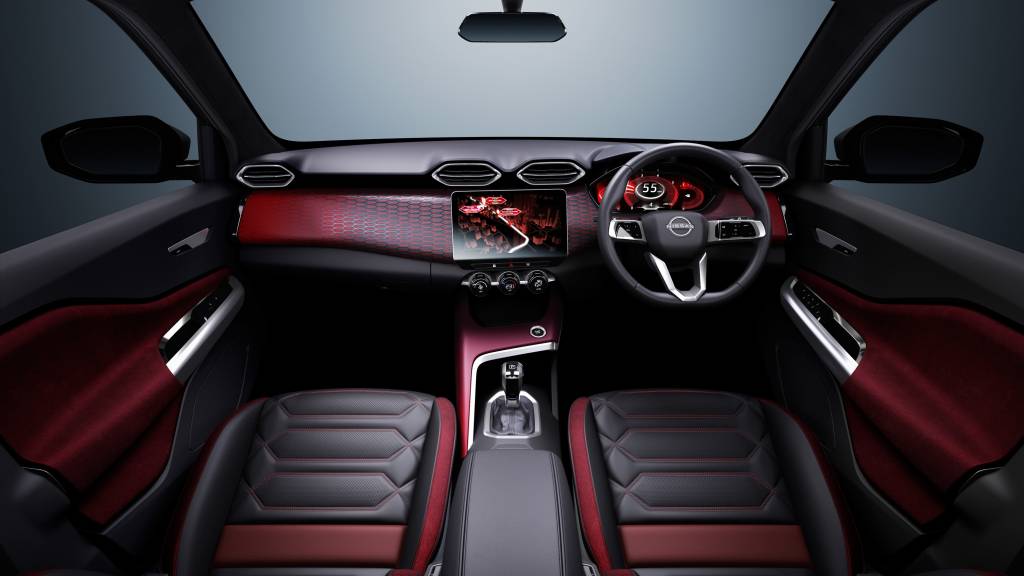 Even though the Nissan Magnite SUV will be positioned below the Kicks, the cabin looks plusher and premium, at least in the concept stage. The dual red-black shade on the trims lends a youthful touch, paired with the contrasting aluminium finished bits on the door trims, flat-bottom steering wheel and also around the gear shifter.  The flat-bottom steering wheel comes with controls for the central infotainment system and also Bluetooth telephony. The 8-inch touchscreen infotainment unit will offer the essentials of modern connectivity in terms of CarPlay and Android Auto. The instrumentation too will be all-digital. We like the textured design on the dashboard with hexagonal elements. The AC vents too sport a hexagonal design. Positioned below the infotainment screen are the AC controls to adjust fan speed, temperature and mode of AC flow. As seen in the images, the cabin will feature rear AC vents too. 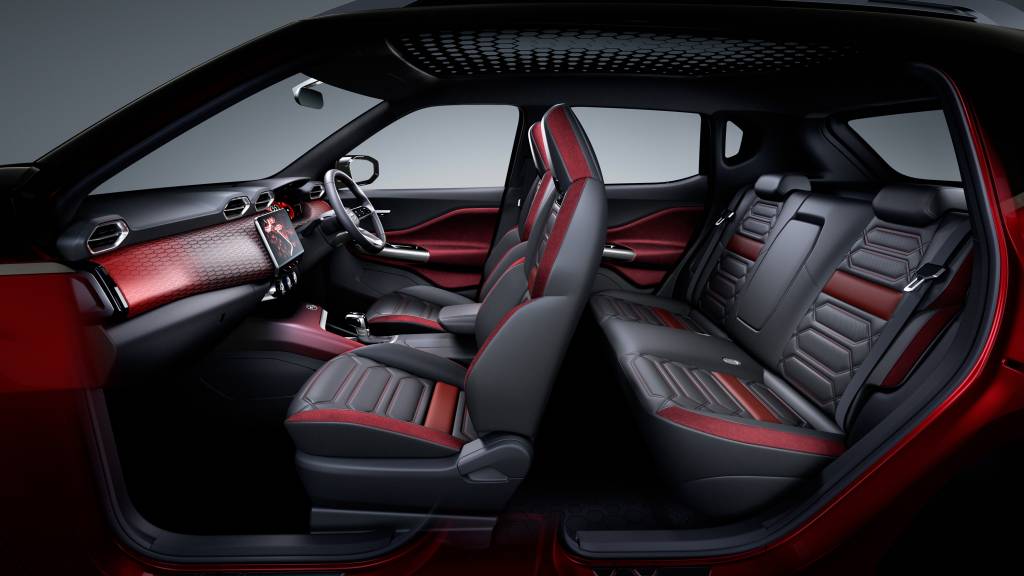 The new SUV will be based on the CMF-A platform. These are underpinnings that will be shared with the Renault HBC SUV slated for a debut soon. The CMF-A platform is derived from the Kwid's underpinnings and also finds its way under the Renault Triber MPV. The Nissan SUV is set to debut by the first half of 2021 and should come with a similar set of engines as the Triber. These include a 1.0-litre three-cylinder Naturally aspirated petrol with 72PS and 96 Nm. The new 1.0-litre turbo-petrol revealed at the Auto Expo by Renault can also be expected here, with 100PS and 160Nm. Also, seen from the images, the gear shift lever could be that of an AMT as that is a more economical option compared to an automatic. 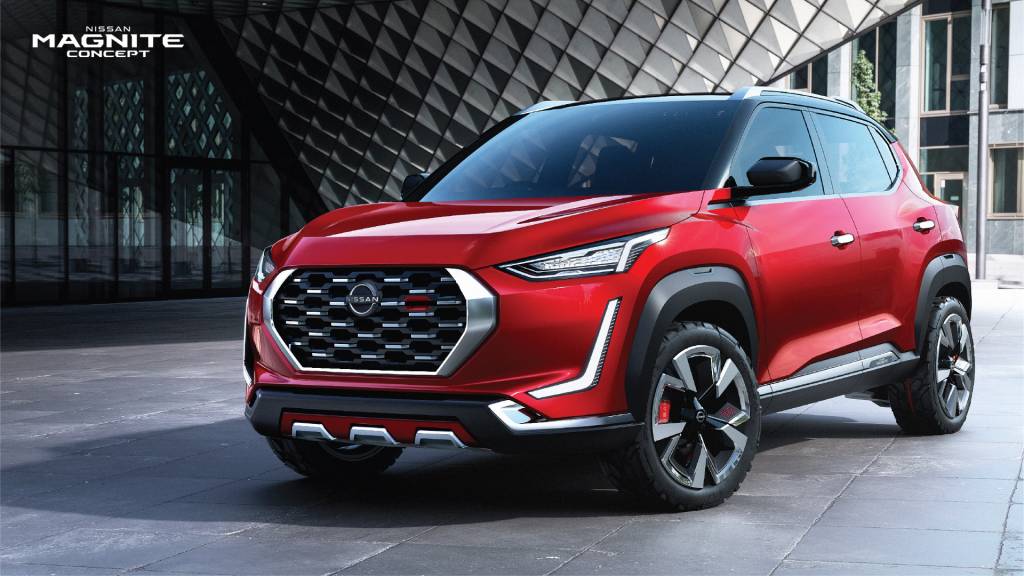 The prices of Nissan Magnite SUV is expected to start under Rs 5 lakh, which will make it rival the likes of KUV100 and the Tata HBX, although the Nissan will be more SUV-like and sit on a larger footprint. The company confirms that the SUV will be manufactured at the Oragadam plant near Chennai, and will be primarily sold in the Indian markets. However, it will also be exported to other countries as well.

"The Nissan Magnite concept is an evolutionary leap in Nissan's SUV history. Not only the exterior but also the interiors exude premium-ness, sophistication and roominess. These core elements of design philosophy will be succeeded to the production model which is under development, coupled with superior technology on-board to be a game-changer in its segment." commented, Rakesh Srivastava, Managing Director, Nissan Motor India