Nissan, Renault and Mitsubishi to use common electric vehicle platform

In 2013, the Renault-Nissan Alliance and Mitsubishi Motors Corporation had announced plans to work on new projects which involved sharing products, technologies and each other's manufacturing capabilities. Five years back, Nissan and Mitsubishi had formed a joint venture called NMKV. In early 2013, NMKV launched the Nissan Dayz and the Mitsubishi eK wagon. At that time, it was revealed that the two companies were discussing plans of developing an electric version of a small car.

Now Japanese newspaper, Nikkei has reported that Nissan, Renault and Mitsubishi Motors are going to combine their electric vehicle platforms in order to reduce their prices and make them as affordable as regular petrol powered cars. The report stated that all companies will be using the same platform as Nissan's new Leaf electric car which is likely to go on sale sometime in 2018. It even stated all three companies will utilise the same motor, inverter as well as battery. 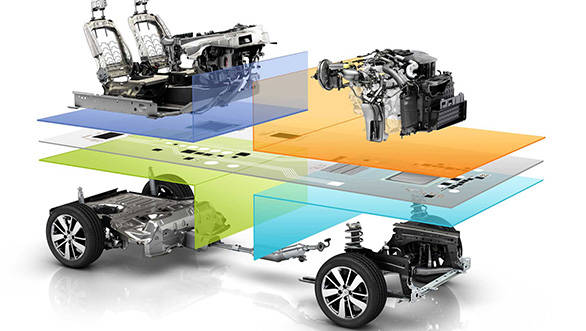 Platform and component sharing makes a lot of economic sense. Instead of developing three different chassis and three different engines, a common platform will cut down costs substantially. Also, one of the main reasons why electric cars have not become as popular as conventional petrol or diesel cars is because of their steep asking price.

Of late, quite a few manufacturers have revealed plans of introducing more electric models. Daimler AG is planning to introduce more than six electric car models between 2018 and 2024.Volkswagen AG is likely to introduce 30 electric vehicles by 2025 under its new 'Together-Strategy 2025'. The group is also mulling over the idea of setting up its own battery manufacturing facility. Clearly, some automobile manufacturers are aiming to cut costs of electric vehicles in a bid to make them appeal to car buyers.