Nissan's all-electric vehicle, the Leaf, glows in the dark

Japanese manufacturer Nissan is perhaps the first carmaker to have come up with the idea - painting its all-electric Leaf in a coat of bright, luminescent paint. Developed in conjunction with Hamish Scott, the creator of Starpath (that luminescent spray-on coating used to light up paths in the dark), the paint absorbs UV rays from sunlight during daytime and reflects it back during the night for a time period that can range from eight to ten hours. 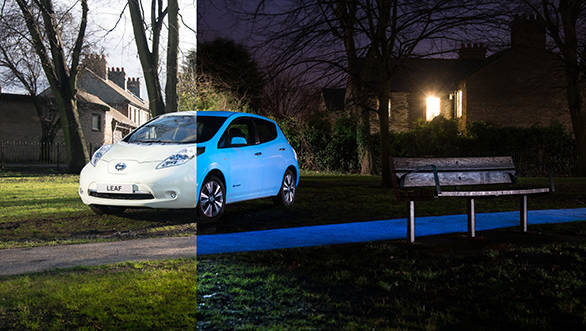 In tune with the Nissan Leaf's green credentials, the paint is prepared using only organic materials. It also consists of a rare earth product called Strontium Aluminate which is said to be chemically and biologically non-reactive.

While various aftermarket companies have applied glow in the dark paint and wraps on cars in the past, Nissan becomes the first manufacturer to have adopted this technology and applied it directly onto its car. The company has not announced any plans of a commercial launch yet. But, in case it does, customers would not have to repaint the car for the next 25 years, says Nissan. 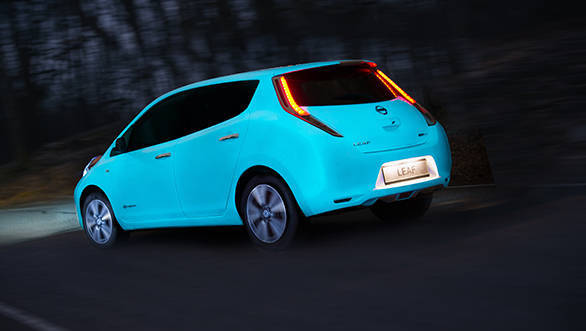 Nissan's little fluorescence project is a bid to promote adoption of solar technology in the UK. Nissan says that the savings made out of running an electric vehicle can be channelled towards installation of solar panels at home, thus doubling the ecological gain out of the car.